'Taxing the rich will destroy the country!' claim panicked rich people - The Canary 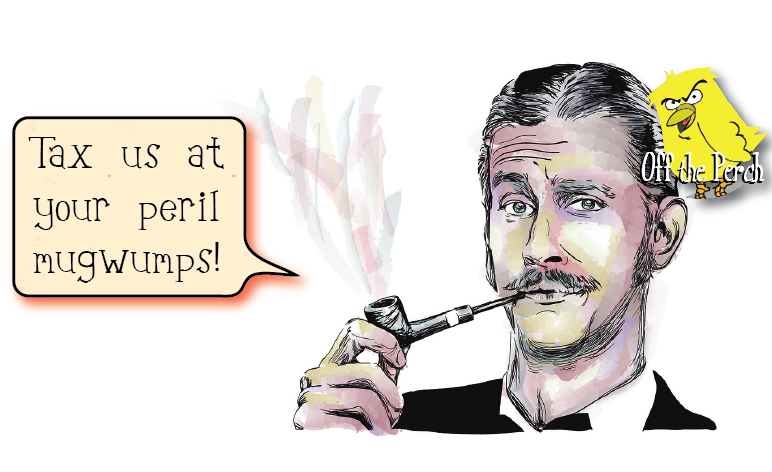 Since they came into power, the Tories have operated in a fashion that has meant less tax for the rich and more austerity for everyone else. And as we all know, that’s worked out marvellously.

Or at least it has for them anyway.

And yet these same moneybags are now claiming that reversing this trend will be bad for us.

The Union of Banksters, Aristocrats, & Vampires held a Q&A to explain why taxing the rich will actually be bad news for the poor. In it, they explained that:

Rich people are the ones who create all the money! But if you tax them, they will earn less money, because…

And also the sky will fall in and crush all of your precious hospitals and social gymnasiums!

One of the reporters in attendance pointed out that the times when we taxed the rich were suspiciously also the times when public services and wages were better.

The union representative in charge countered:

Yes, but this time…

It will be different! And besides that, Jeremy Corbyn smells of allotment bonfires and radishes! Can you imagine him nuking a third-world country with no provocation? The man’s a yellow-bellied shit-bag!

Another reporter suggested that the constant attacks on Jeremy Corbyn were an attempt to distract us from the chaotic coalition of Tories, business-slugs, and media moguls who’ve been slapping us in the face with their figurative genitals for 7 long years.

They argued in return:

He doesn’t even bow properly!

Of course, the people who voted to ‘take back control’ aren’t going to leave power in the hands of these absolute shysters.

Or at least you hope they won’t.

Unless ‘take back control’ was only one half of the sentence. And the full thing was:

Take back control and hand it over to the biggest crooks this side of Jabba the Hutt.