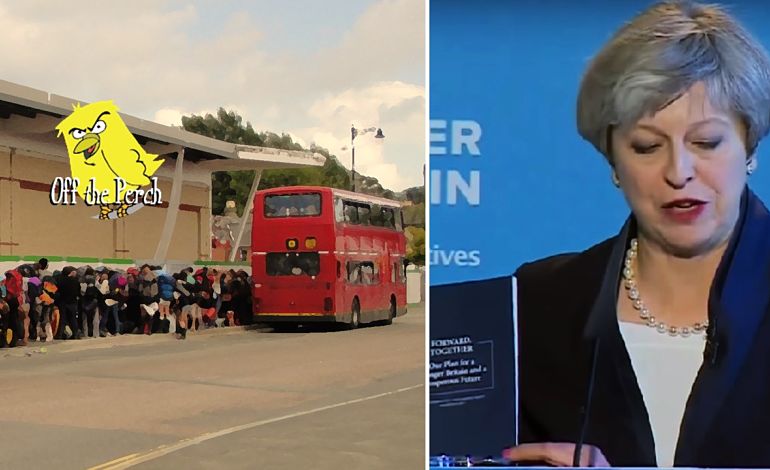 Journalists flocked to Yorkshire this week to read Theresa May’s resignation later. The 88 page letter was entitled: FORWARD TOGETHER: THE CONSERVATIVE MANIFESTO.

Limits have been reached

Ordinarily, a general election manifesto lays out the key problems facing the country, and offers solutions for affected voters. Instead, Theresa May has decided to perform a flamboyant resignation by promising to make everything worse, for just about everyone.

The entire manifesto reads like a dystopian novel. A boost for animal cruelty with plans to bring back fox hunting. May promises to back the environmentally unsustainable fracking of shale gas. Press freedom and integrity take a kicking with the scrapping of the long-promised second part of the Leveson Inquiry. Further insecurity for elderly voters as the triple lock protection on their pensions is scrapped. The end of universal winter fuel payments, meaning arduous form-filling for people in their twilight years. And the return of academic selection at just 11 years old, with the return of grammar schools. And if all that wasn’t enough, she adds a tax bombshell for low and middle earners, and literally takes the food from children’s mouths with her axing of free school meals.

At a hastily convened press conference, Off The Perch asked the Conservative leader why she chose to resign this way. May responded:

I’ve had it. They’ve had me out here repeating ‘strong and stable’ like a demented parrot. Limits have been reached.

Corbyn is welcome to it.

A boost for Labour

In the hours after the manifesto/resignation letter was released, Conservatives plummeted to single digits in the polls. All signals point to a landslide for Labour in England and Wales. The news prompted a shock announcement from former Labour Prime Minister Tony Blair:

Look, this cannot stand. I… I’ve always said that my public duty comes above party politics. And that remains true to this day. And this is why I will be running as Conservative candidate for Whipden Crossheap in the forthcoming by-election, in order to run for leader of the Conservative party. What this country really needs, is someone strong and stable enough to stand up for conservative values.

We attempted to contact Jeremy Corbyn’s team for comment but when the phone was answered all we could hear was raucous laughter.