UKIP unveils 'one in, one out' leadership plan 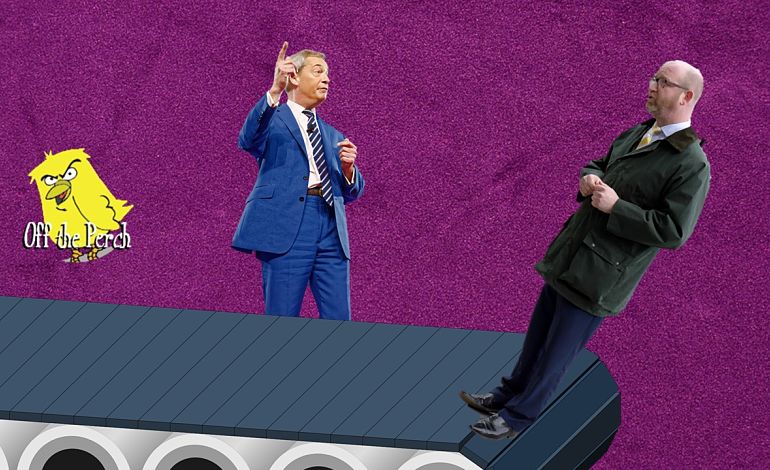 UKIP leader Paul Nuttall has used the party’s manifesto launch to outline a strict policy of ‘one leader in, one leader out’.

Nuttall claims this is essential to avoid ‘overcrowding’, stating:

There’s only room for one person in this ridiculous tweed suit. Unless I choose to vacate it, nobody else should be allowed in.

Some have described UKIP’s previous leadership rules as “an open door”, that simply encouraged people seeking to take advantage of the cushy benefits of the role. A party activist moaned:

It’s time we started acting tough. Under the current system we’re basically saying: ‘Here you go, you don’t have to contribute anything worthwhile but you can have a free seat on BBC Question Time whenever you want it’. It’s just creating a something-for-nothing culture.

The new regime will be rolled out alongside an ‘Australian-style points system’ in which applicants will have to prove that they speak English and are always up for a game of cricket. The party hopes this will ensure that only “the brightest and best” consider running for the leadership.

Off The Perch was unable to confirm whether a ‘three strikes and you’re out’ rule would be introduced to stop Nigel Farage coming back yet again.