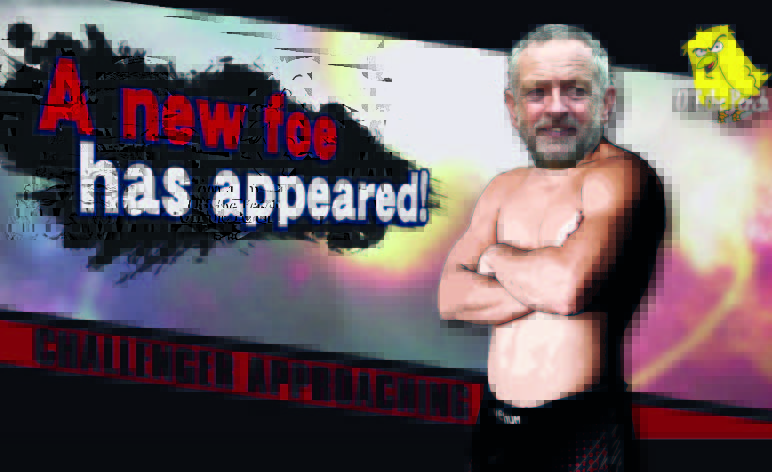 When Theresa May ducked out of debating Jeremy Corbyn, most people thought:

Wow. That is so strong and stable.

This later led to disappointment for Labour supporters, though, as Corbyn bowed out too.

But now he’s back!

The Labour leader tore his shirt off in a busy town centre and screamed “FACE ME!” so loud that a distant Iain Duncan Smith thought the devil had returned to finalise their deal.

According to the press, May said:

Although this was because, at first, she didn’t realise that not talking in soundbites was an option. And once this was explained to her, she obviously had to come up with another excuse. So she claimed:

If I went on this debate, I’d do so well that the EU would realise how totally amazing at words-talking I am. Because when it comes to putting words in a satisfying order that is satisfying for all and without any disappointment, I am notably more than adequate. But we don’t want the EU to know that, because then they’d prepare more. Which is why I’ve been… pretending… to carry on like a talentless, incompetent robot.

And if the EU reads this announcement, they’ll probably just think I’m talking bollocks again. Although… Hmm… I should probably delete that last bit, actually. I just hope there isn’t an error with Windows XP that leads to me accidentally sending this message. This message that I’m typing as I think.

Now to hit what I assume is the delete button.

It’s worth remembering that we’ve been told for two years that Corbyn couldn’t politics his way out of a wet paper bag. And yet, in the last month, he’s made a Prime Minister whose key strength is her alleged ‘strength’ refuse to face him twice.