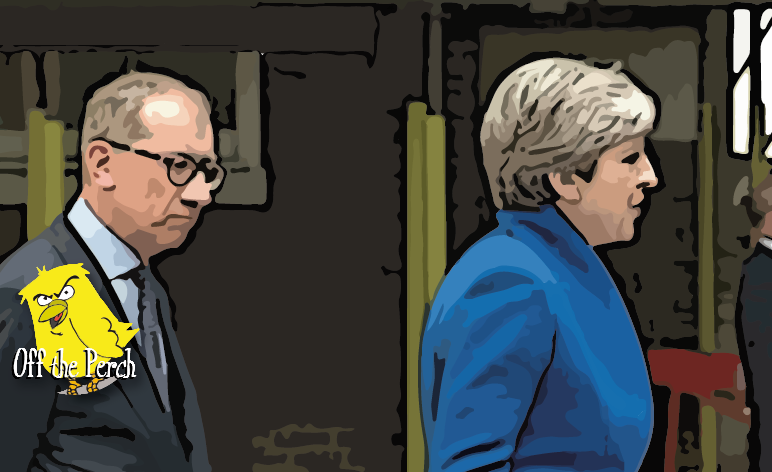 Theresa May promised the UK that on 8 June she would bring strength and stability.

And the country is getting a taste of what she promised:

not sure how to explain this to our non-British followers pic.twitter.com/pjj4QXeaYs

Following the successful general election that May called for some reason, she gave a rousing speech – the mighty leader telling her adoring fans:

May then announced that she was forming a coalition government with the DUP. A political party which is famous for its… strong views. The DUP issued the following statement in response:

Global warming is a gay conspiracy to make eejits believe in dinosaurs.

Despite May having provided us with such strong stability, there are rumours that Boris Johnson is trying to oust her:

Which is perhaps unsurprising, as Johnson’s campaign was, if anything, even stronger than May’s:

BORIS JOHNSON ASKED A FORTUNE TELLER FOR A PREDICTION AND THIS HAPPENED pic.twitter.com/u8oGKPSThm

Regardless of which colossal Tory powerhouse takes us forward, it’s clear that after this election, the EU will be forced to give us a good deal. If only to get away from us. Much like when a person gets out of a fight by pretending to be ‘loco’ and beating themselves up.

Although so far, our European neighbours have not commented on the election:

Almost as if there’s no way of doing so without saying ‘WTF’, ‘LOL’, or ‘why do you keep doing this to yourself?’