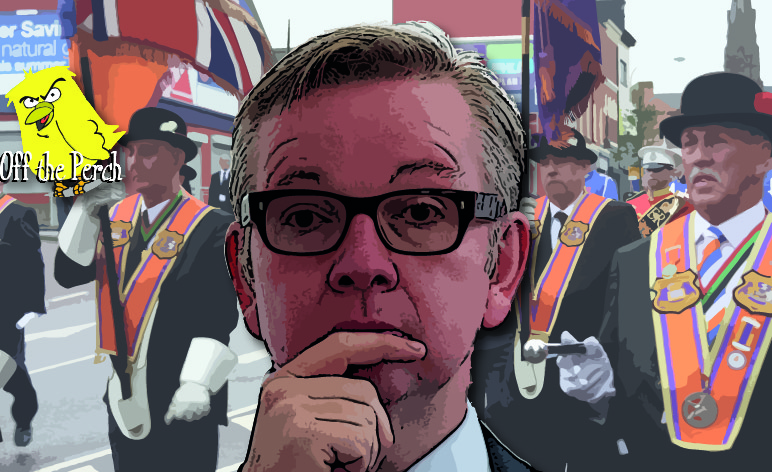 Michael Gove is famous for saying that people in the UK are tired of experts. Which is why it makes sense for him to be put in charge of the Environment Department. Because the Tories have never listened to expert advice on the environment.

Although that may be about to change!

As the new Environment Secretary, and finger-puppet of Rupert Murdoch, Gove has agreed to listen to the ‘expert’ advice of the DUP. A party which is filled with the sort of people who believe the Earth was created around 6,000 years ago. By God. Who is, if you’re unaware of him, basically like a more successful version of that bad wizard from The Lord of the Rings.

An adviser for the DUP has advised that people worried about climate change:

Look a little closer to home, you feckless, philandering heathens!

They’ve also said that people probably should blame it on “the good times”. Advising that our bad behaviour has left God with little option but to crank the heat up – much like how the DUP have turned the heat up on Theresa May to make sure she’s good and stewed before they make a meal of her.

The DUP is advising that the following actions may have led to God broiling the Earth:

When Gove asked what we can do to prevent this, the DUP told him:

You might as well not bother! You’re all going to hell anyway!

A worried Gove called his boss Rupert Murdoch to ask if this was the case. Murdoch informed him that it was, but not to worry, because he’d secured them a box overlooking all the action.