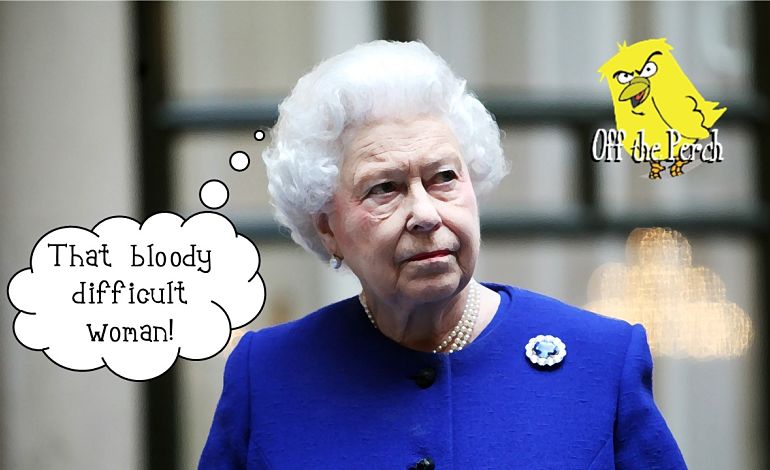 In her panic to meet a deadline in 2019, Theresa May has managed to miss one next Monday. And it could have royal consequences.

The Queen had specifically organised 19 June as the day of the Queen’s speech. That way, she could get the boring stuff out of the way and spend the rest of the week kicking back at the horse racing. Royal Ascot, no less. A staple of the social calendar for Liz, Phil, and thousands of sycophantic non-entities all keen to mix 18th century semi-feudalism with 21st century tasteless extravagance.

But now, it looks as though Monday’s a non-starter and the Windsors will have to spend it watching Countdown and Pointless like every other couple with a combined age over 180. It’s all bloody annoying, as they’d already cancelled an Order of the Garter shindig to make way for the speech. Thanks to Theresa ruddy May and her stupid election.

With the Queen’s speech coming “a few days” later than planned, uncertainty looms over the horsey action. If the Queen isn’t around to parade down the racecourse in her carriage, how will any of the punters know it’s time to leave the hospitality tents and watch the racing? And what if the speech happens on Thursday, which is hats and frocks day at Ascot? The TV channels won’t know where to send their fashion correspondents. Do they go to Ascot as normal, or will they hurry to Westminster to see the Queen attempting to look regal while wearing relatively human clothes?

The chances are that May is going to get a pretty frosty reception next time she creeps along to Buck House.