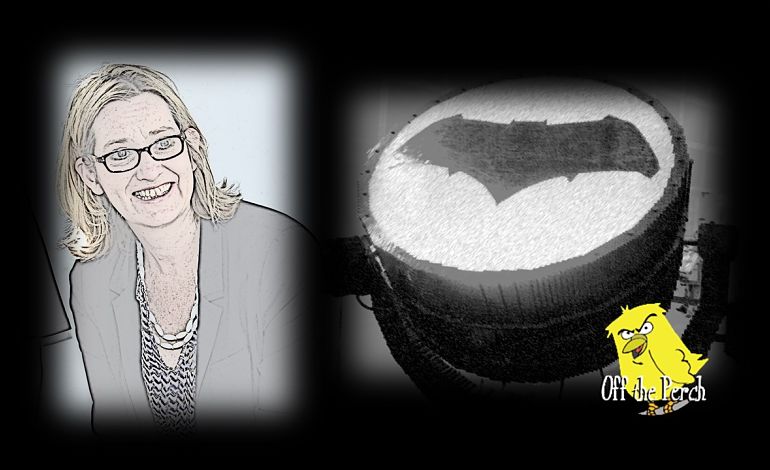 Off The Perch understands that Amber Rudd is set to unveil an exciting new approach to keeping Britain safe. The Home Secretary has apparently got first dibs on the Bat Signal, recently dusted off to honour actor Adam West. This hi-tech communication device will sit at the heart of the Tories’ ‘doing more for less’ policing strategy.

Chief Superintendent Gordon of the Metropolitan Police told us:

Yes, the electricity bills are pretty eye-watering, but it still works out cheaper than two fully-staffed call-handling centres. Also, we’ve added some upgrades to bring it into the 21st century. The Bat Signal can now be activated by any citizen, using an app on their smartphone or tablet. Our focus group research suggests this could lead to some false alarms at first. But we reckon the novelty will wear off after about a year. If it works well in London, we’ll be looking at national roll-out by 2019.

A Labour spokesman suggested the scheme shows everything that’s wrong with the world:

Time and again, we’ve witnessed the Tories’ cavalier approach to police funding. They seem to think that adequate staffing and resources is somehow a dirty concept. At the same time, they’ll go to ridiculous lengths to make it look as though they’re taking action. But we don’t know if this Bat Signal will really work. There’s no real world evidence to suggest it will actually make London safer. We need to be certain this won’t just be an enormous waste of public funds. It could be Boris’s water cannon all over again.

There are also concerns that using what is essentially the tool of a masked vigilante could be part of a disturbing trend. Certain people in parts of the countryside where gamekeepers outnumber humans have already called for the war on terror to be fought by ‘any yahoo with a gun’. Now, it seems as though our major cities could be next in the relentless Tory march towards not doing anything properly.