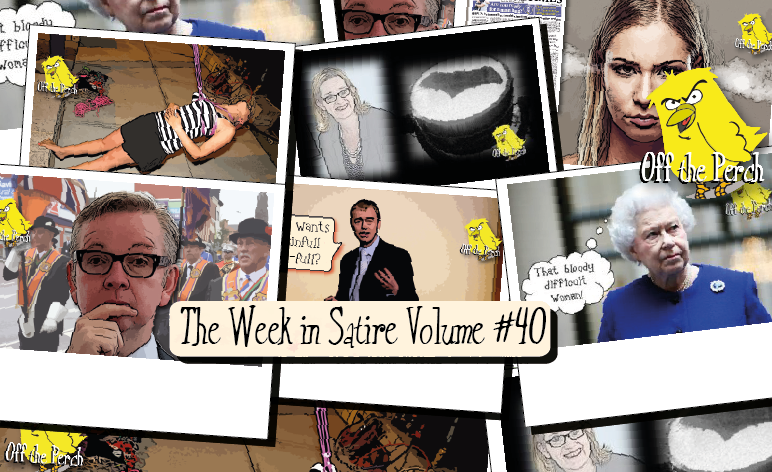 A satirical look back at the week in UK politics… 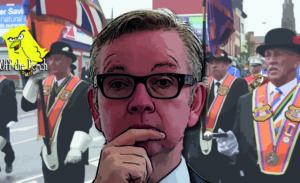 Michael Gove is famous for saying that people in the UK are tired of experts. Which is why it makes sense for him to be put in charge of the Environment Department. Because the Tories have never listened to expert advice on the environment.

Although that may be about to change!

As the new Environment Secretary, and finger-puppet of Rupert Murdoch, Gove has agreed to listen to the ‘expert’ advice of the DUP. A party which is filled with the sort of people who believe the Earth was created around 6,000 years ago. By God. Who is, if you’re unaware of him, basically like a more successful version of that bad wizard from The Lord of the Rings.

An adviser for the DUP has advised that people worried about climate change:

Look a little closer to home, you feckless, philandering heathens! 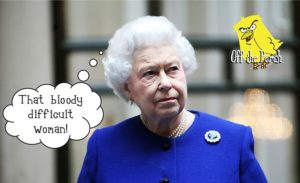 In her panic to meet a deadline in 2019, Theresa May has managed to miss one next Monday. And it could have royal consequences.

The Queen had specifically organised 19 June as the day of the Queen’s speech. That way, she could get the boring stuff out of the way and spend the rest of the week kicking back at the horse racing. Royal Ascot, no less. A staple of the social calendar for Liz, Phil, and thousands of sycophantic non-entities all keen to mix 18th century semi-feudalism with 21st century tasteless extravagance.

But now, it looks as though Monday’s a non-starter and the Windsors will have to spend it watching Countdown and Pointless like every other couple with a combined age over 180. It’s all bloody annoying, as they’d already cancelled an Order of the Garter shindig to make way for the speech. Thanks to Theresa ruddy May and her stupid election. 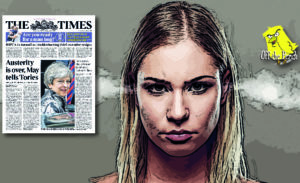 ‘We like the Tories now they’ve admitted austerity was a con,’ says absolutely no one

As they often do when things look bad for them, the Tories have said that they can’t get away with austerity anymore.

And this time, they may have to live up to their usually good-for-nothing word. Mainly because their parliamentary position is more precarious than a tightrope walker covered in Pedigree Chum walking across a shark-infested acid vat.

This means that, if they want to lead as a minority government, they’ll only be able to bring forward proposals so uncontroversial that they’d even win support in a parliament comprised of the Nazi Party, Bob Marley and the Wailers, and that X-Man whose super-power was the inability to ever agree with anything. 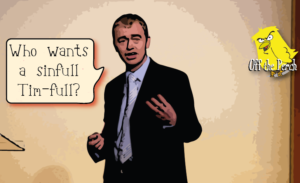 When Tim Farron attempted to become the liberal Prime Minister of Great Britain, many people asked him:

Wouldn’t you feel awkward enabling hellish blasphemers like us?

To which Farron replied:

No. Not at all. I’m totally into it. I love sin. It’s hot. I’m so hot for sin right now I can barely keep my milk down.

It’s now been revealed, however, that he wasn’t “hot” for it at all; and that his flirtation with the UK electorate was simply a cunning ploy to capture God’s famously capricious attention. 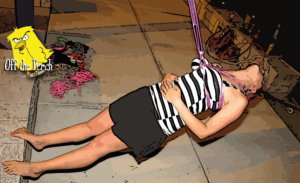 Tory MPs have been saying that they need to ‘harness the youth vote’ – just like Jeremy Corbyn did. The problem they have is simply not understanding how he did it. Largely because they’re all – to put it mildly – staggeringly weird people.

This means they don’t grasp that to reach young people, you have to offer them things that will benefit them. Or – you know – actually give a shit about them.

The Tories think that Corbyn’s appeal is just another con. Which is why their plans to win over the young are weird – even by their standards.

The first thought was that Corbyn must be some sort of magical pied piper. Probably because most Tories think that poor people are semi-fantastical background characters from a Charles Dickens novel.

You never see him with a pipe, but that doesn’t mean he isn’t piping! Possibly using some sort of mobile telecommunication application that he keeps hidden in his donkey jacket! 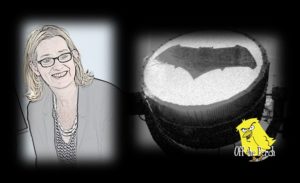 Off The Perch understands that Amber Rudd is set to unveil an exciting new approach to keeping Britain safe. The Home Secretary has apparently got first dibs on the Bat Signal, recently dusted off to honour actor Adam West. This hi-tech communication device will sit at the heart of the Tories’ ‘doing more for less’ policing strategy.

Chief Superintendent Gordon of the Metropolitan Police told us:

Yes, the electricity bills are pretty eye-watering, but it still works out cheaper than two fully-staffed call-handling centres. Also, we’ve added some upgrades to bring it into the 21st century. The Bat Signal can now be activated by any citizen, using an app on their smartphone or tablet. Our focus group research suggests this could lead to some false alarms at first. But we reckon the novelty will wear off after about a year. If it works well in London, we’ll be looking at national roll-out by 2019.