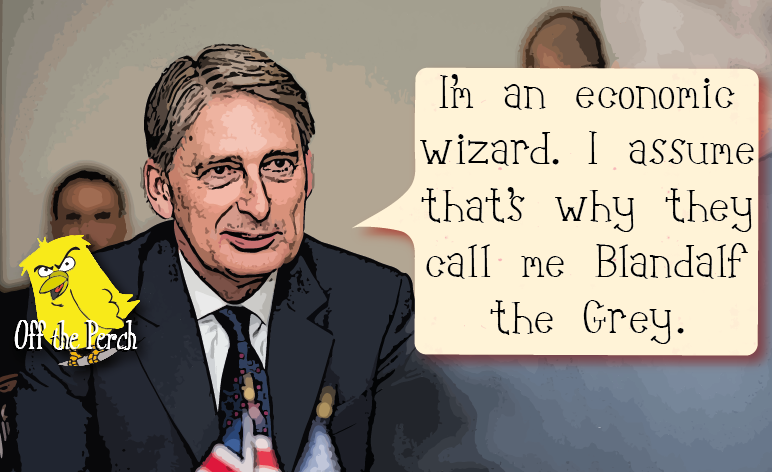 Philip Hammond, AKA Blandalf the Grey, gave a speech on 20 June. In it, he explained how far the country has come, and where it’s going.

It’s just that what’s been reported misses out all of the times he had to cough a clarification.

So when the venerable grey lizard said:

Our economy has come a long way since the dark days of 2009.

Reporters have missed out that he coughed:

We have much work to do, and we’re determined to get on with it.

It’s not being reported that he muttered:

It’s clear, as many of my colleagues have noted, that Britain is weary after seven years of hard slog repairing the damage of the great recession *COUGH* And that rich people sadly can’t get away with making the poor pay for our mistakes anymore *COUGH*

The way things are shaping up, this dreary, talentless magician could be the next PM. His chances being about as good as any other Tory’s. As the Conservatives are descending into something more akin to a drunken mud-wrestling match than a political party.

And it’s the watching public who are getting splattered with mud.