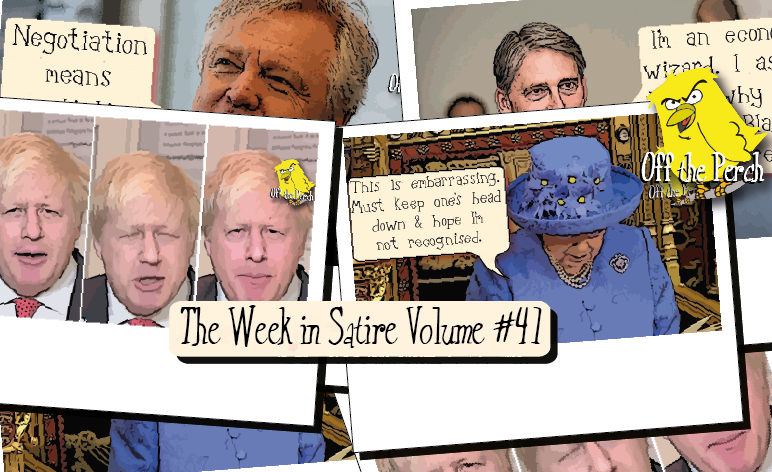 ‘We’ll trade some of our strength and stability for a good deal,’ Davis tells EU

Theresa May held an election to increase her Brexit mandate. Or as she put it:

Vote for me and fill me with raw, unstoppable power – muwahahaha!

Unfortunately for May, people didn’t seem to think that giving more power to the inhuman politics-robot who was publicly lusting for it was a good idea. Which has ironically left her with less to offer than she had before.

Although there is one thing we can still trade with the EU. The one thing that the Tories allegedly still have in great quantities despite all evidence to the contrary.

When David Davis and his crack team of negotiators turned up at the EU, they knew exactly what the plan was. They walked into the room, smiled at their opposite negotiators, and put a briefcase on the table. A briefcase that emitted a glowing gold light upon its opening.

“It’s strength and stability,” Davis explained. “And we’re willing to trade you some of it in exchange for a cracking deal.” 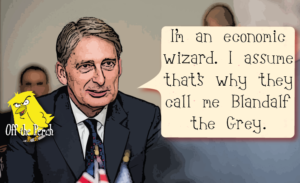 Philip Hammond, AKA Blandalf the Grey, gave a speech on 20 June. In it, he explained how far the country has come, and where it’s going.

It’s just that what’s been reported misses out all of the times he had to cough a clarification.

So when the venerable grey lizard said:

Our economy has come a long way since the dark days of 2009.

Reporters have missed out that he coughed: 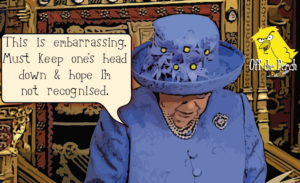 After several delays, the Queen’s speech has taken place. But all was not as it should be. As a clearly ‘not amused’ Queen gave the impression that she wasn’t signing in a ‘government’ so much as a ‘govermess’.

The Queen turned up to her speech wearing a shell suit and smoking a roll-up cigarette.

“Are you filming?” the Queen asked a cameraman, as she flicked her fag into a bin full of Tory manifestos. “Because one is due down the bingo in 20 minutes”.

The Queen was informed that the cameras were indeed rolling, and so she had a go at the speech:

There seem to be several pages missing? Had trouble running some of these ideas past the public, did we? Well, let’s see what else you’ve got.

Okay, so it says here that you want to carry on making things… ‘better’… for ordinary people… Is that a typo? No? So it shouldn’t say ‘worse’ then?

Well I must say that you people have an inflated opinion of yourselves. And that’s coming from a woman whose face is on the £50 note! 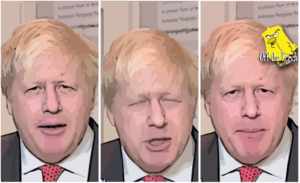 Anyone following the (first) 2017 general election knows that the tabloid media has no time for politicians who mess up in interviews.

Which is why it’s so surprising that Boris Johnson’s latest car-crash interview attracted so little attention. Despite the fact that, at one point, he literally crashed a car.