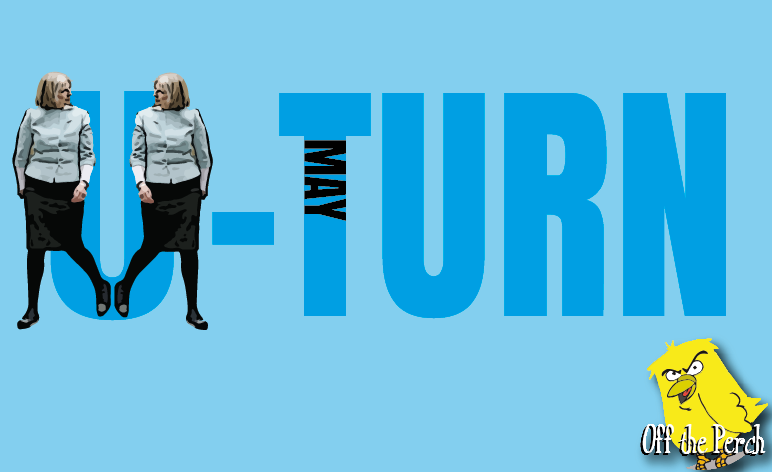 Having realised that she has nothing else to offer, Theresa May has been going after the Guinness World Record for most U-turns by a sitting Prime Minister. Which is why yesterday, in an epic display of flip-floppery, she performed not one but two U-turns. A manoeuvre which was described on The Thick of It as an O-Turn:

In the course of 3 hours government has u-turned on public-sector pay cap and then u-turned on u-turn. So pay cap stays, confusingly

The people at Guinness World Records had been watching the PM for some time. And they quickly arranged for an acceptance ceremony at midday on Thursday 29 June.

Weirdly though, the PM pulled out at the last minute. Despite her earlier assurances. Almost as if she’s physically unable to follow through on her own choices, like one end of a magnet repelling the other.

It later transpired that May – the UK’s first robotic Prime Minister – had her settings mixed up. The problem being that her STABILITY dial was set to CARRIER BAG IN THE WIND.

It was also discovered that several other characteristics were misaligned. This meant that:

Thanks to good old British engineering, the May-bot is once more able to follow through on her decisions. Which is a shame actually, as her DECISION-MAKING dial is still set to TORY.