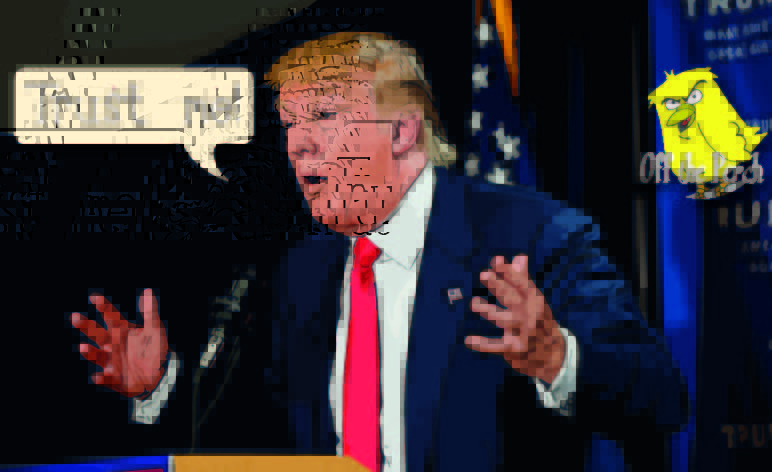 There’s been some worry about whether Brexit will be a success. Especially as it transpired that when Boris Johnson said he wanted to ‘have his cake and eat it’, it turned out that the ‘the cake’ was us. A cake which Boris ultimately ended up falling face-first into. Like a hapless ex-clown accidentally cream-pieing himself in the face at a serious job interview.

But despite all that, it now turns out that Brexit will be a great success!

Because our brave leader, Theresa May, has managed to secure a verbal contract with the world’s most reliable man.

And that man, of course, is none other than Donald Trump:

Before becoming President, Trump was famous for his many notable business ventures. Like Trump University. A university so prestigious that Trump himself declared:

The teachers we’ve got there make Albert Brainstein look like that dumb, orange idiot I keep overhearing people talking about. I don’t know who this guy is, but if he’s half as dumb as people say his is, then he must be – you know – pretty dumb. And I say that as someone with a doctorate from Trump University, so obviously I’m a good judge of these things.

Regarding the deal he’s offering the UK, Trump confirmed it will be:

What is it you Brits say? Lovely jubbly? Well it’s going to be more lovely jubbly than you can handle. Seriously! No one jubbles lovelies like Donald Trump. So consider your lovelies jubbled.

The other great thing is that we know Trump will be around for a long time. Because there’s no chance of him being impeached. Or even being investigated.

At least this week he’s saying that he’s not under investigation anyway.

And although he said the exact opposite quite recently, we’re sure that this time the thing he said is the thing that’s true.

Because that’s the kind of guy Donald Trump is. The kind of guy who’s 100% true to whatever it is he just muttered. Even if it’s 100% at odds with everything he said last week.