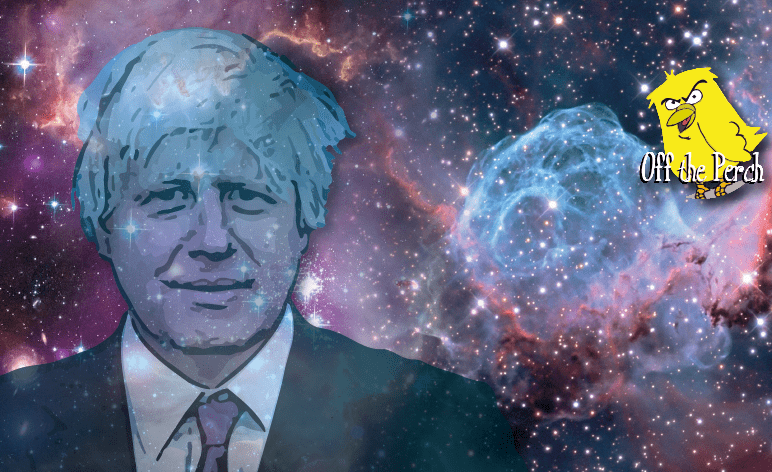 When the new lead of Doctor Who was announced as a woman, many people thought “cool”. Other people, however, thought:

If the PC-brigade can make a body-changing alien into a woman, then who can’t they change? Should we expect Popeye the Sailor WOMAN!? THE WORLD HAS GONE BANANAS!

And yet that wasn’t the only regeneration of note. As the script writers behind Great Britain have announced that they briefly considered having the PM regenerate as Boris Johnson.

The Thick of It

We caught up with Great Britain’s show-runner Armando Iannucci to find out what happened. We also asked why the country is now being run as a satirical vehicle:

Obviously we had a lot of success with The Thick of It, and I enjoyed doing it. That didn’t mean I wanted to be in charge of scripting an actual country though, which is why I turned down the unexpected request to do so. It turned out that they weren’t asking, however, and the people in charge had one of their army men doff me with a revolver.

Not long after, I found myself in a prison cell with a typewriter and all of the cheese and onion cocktail sticks I could handle. Which, as it turned out, was quite a lot.

A step too far

Under instruction from my shadowy masters, Great Britain has been a bit zanier than The Thick of It – a bit more out there. They tell me it sells newspapers. Which is why we’ve been made to run stories like #PigGate, Brexit, and a coked-up Keith Vaz selling imaginary washing machines to rent boys.

A recent story was so preposterous that I refused to write it. A story which would have seen the Prime Minister regenerating as Boris Johnson.

I told my handlers it wouldn’t work because last season we had Boris writing massive lies on a bus, and this season he’s been relegated to the role of ‘sporadic, background wanker’. As such, making him PM would be about as credible as making Malcolm Tucker the new Doctor Who. Something I’ve found out wasn’t all that incredible since they replaced me with Ben Elton. A writer that I’m informed was willing to ‘write anything’.

It’s nice to be free again anyway. Although the free cocktail sticks were nice. And I’ve since struggled to work out what cheese they used.

The memory of the taste keeps me up at night.

If you know what cheese the New World Order (NWO) feeds its satirist hostages, please contact Armando Iannucci on Twitter.