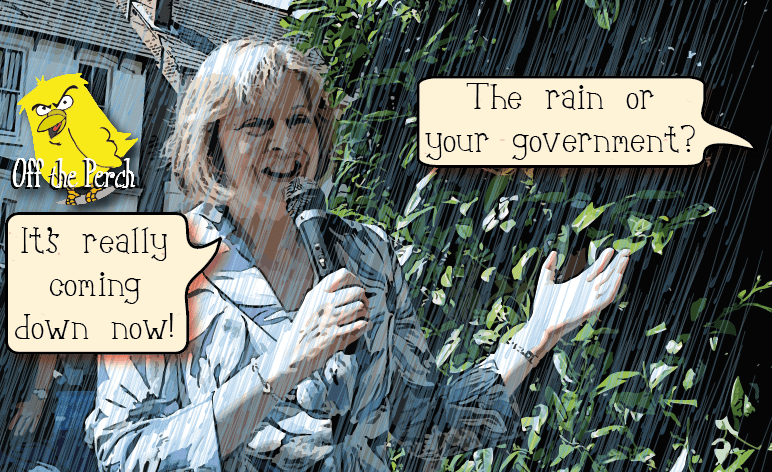 As the Tory party has been subject to a number of damaging leaks, many people have noticed:

A new leak has confirmed what we suspected all along, though. That an absolute torrent of bastards has been raining down on the party apparatus for so long that leaks were inevitable.

The problem with the Tories – even with the ones who pretend they’re ‘woke’ or ‘modern’ – is that, generally, they’re all truly disgusting people. And if one of them tells you otherwise, ask them why they silently stood by as Iain Duncan Smith tore through disability claimants like Theresa May through an unguarded field of wheat.

The problem with having so many bastards together in one place is that you get what scientists call a ‘bastard cyclone’, ‘arsehole typhoon’, or ‘twatnado’. A phenomenon in which all of the bastards spiral around the centre – the centre being the seat of power.

The problem occurs when that centre is no longer stable, as is the case with Theresa ‘strong and stable’ May. Because when the centre can no longer keep the twats spinning, the bastards start smashing into one another.

This leads to a troubling build-up of pressure that they attempt to release via leaks. A move which may stop them stabbing one another in the back for the short term, but ultimately betrays them as the shower of bastards they are.

The good news is that once a ‘bastard cyclone’ reaches this stage, it doesn’t take long to fizzle out.

The bad news is that we’re forecast more torrential pain in the short term.