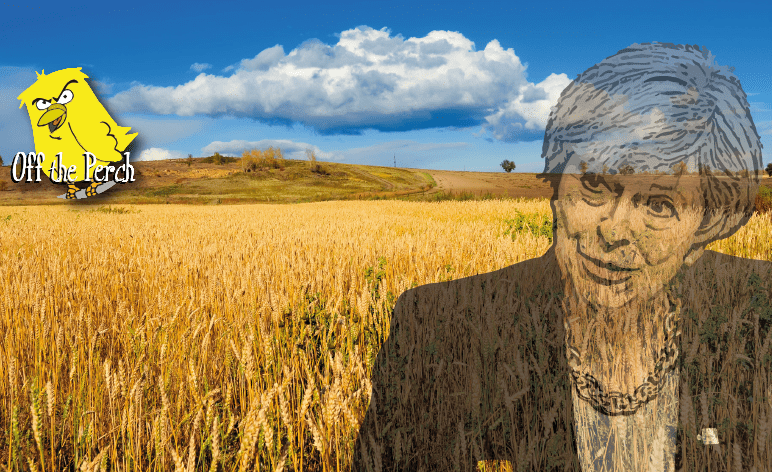 The UK Parliament closes down for a period of several weeks every summer. A period when farmers coincidentally have their wheat fields terrorised by an unknown menace.

A menace that many suspect could be none other than the Prime Minister – Theresa May.

A fact which many farmers are having a hard time believing.

We caught up with a farmer to ask him about the annual annoyance:

They’re saying that the thing which stalks our wheat fields is Theresa May. But I don’t buy it, see? Because I seen it myself. And it had the feet of a leopard and the remorseless stride of a hospital parking attendant.

We had Jeremy Corbyn over last year to look at the patterns the beast left. He said the crop circles were too strong and stable for a wheat beast to have made them. He reckoned only the Prime Minister’s are that precise.

I think he was being sarcastic though, to be honest, as it was a bit of a mess.

These incidents aren’t restricted to one part of the country. And the beast goes by many names. Names that include:

Of course, we’ll never know for certain if May is the beast. The beast is too spry to be caught.

But there is something out there.

Prowling our fields of wheat.

And as the PM doesn’t even value actual human beings, you can only imagine what she might do to a defenceless field.