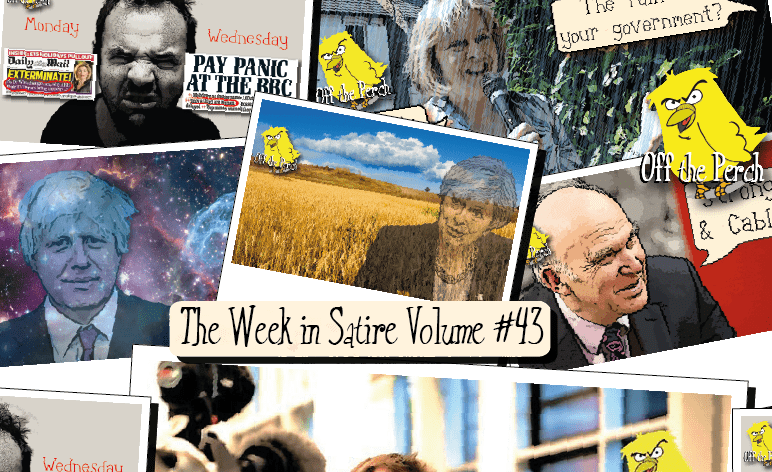 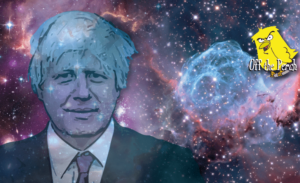 When the new lead of Doctor Who was announced as a woman, many people thought “cool”. Other people, however, thought:

If the PC-brigade can make a body-changing alien into a woman, then who can’t they change? Should we expect Popeye the Sailor WOMAN!? THE WORLD HAS GONE BANANAS!

And yet that wasn’t the only regeneration of note. As the script writers behind Great Britain have announced that they briefly considered having the PM regenerate as Boris Johnson.

The Thick of It

We caught up with Great Britain’s show-runner Armando Iannucci to find out what happened. We also asked why the country is now being run as a satirical vehicle:

Obviously we had a lot of success with The Thick of It, and I enjoyed doing it. That didn’t mean I wanted to be in charge of scripting an actual country though, which is why I turned down the unexpected request to do so. It turned out that they weren’t asking, however, and the people in charge had one of their army men doff me with a revolver. 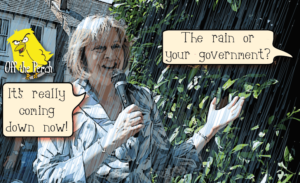 As the Tory party has been subject to a number of damaging leaks, many people have noticed:

A new leak has confirmed what we suspected all along, though. That an absolute torrent of bastards has been raining down on the party apparatus for so long that leaks were inevitable.

The problem with the Tories – even with the ones who pretend they’re ‘woke’ or ‘modern’ – is that, generally, they’re all truly disgusting people. And if one of them tells you otherwise, ask them why they silently stood by as Iain Duncan Smith tore through disability claimants like Theresa May through an unguarded field of wheat. 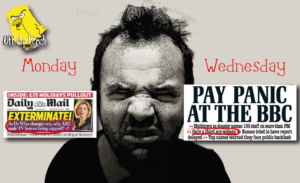 What a week it’s been for The Daily Mail!

A week in which they seem to have gone full circle, and are now complaining that women aren’t getting a fair crack of the whip!

And also that wages for elites in the UK are too high!

What a time to be alive!

Off The Perch caught up with The Mail’s Editor, Paul Dacre (PD), to find out more:

OTP: So Paul, could you explain your sudden change of heart?

*A COMMENT WHICH WAS ACCOMPANIED BY A TORRENT OF ANGRY SPITTLE* 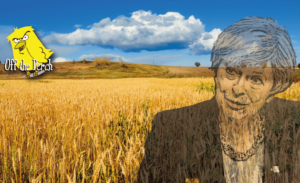 The UK Parliament closes down for a period of several weeks every summer. A period when farmers coincidentally have their wheat fields terrorised by an unknown menace.

A menace that many suspect could be none other than the Prime Minister – Theresa May.

A fact which many farmers are having a hard time believing.

We caught up with a farmer to ask him about the annual annoyance:

They’re saying that the thing which stalks our wheat fields is Theresa May. But I don’t buy it, see? Because I seen it myself. And it had the feet of a leopard and the remorseless stride of a hospital parking attendant. 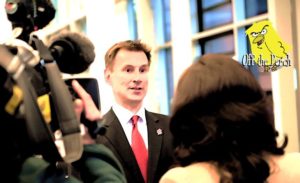 Jeremy Hunt fined £150 for selling NHS without a permit

Jeremy Hunt has been slapped with a £150 fine by council officials after setting up a street stall to sell bits of the NHS.

50-year-old Jeremy was attempting to make the summer holidays a bit less boring. His boss had told him and his colleagues to “sit on your hands until October if you value your careers”. So, thinking back fondly to school bring and buy sales, he decided to get entrepreneurial.

Jeremy set up a trestle table in the car park of his nearest Virgin Active gym, where he reckoned he’d get plenty of takers. Then he laid out an assortment of contracts, property deeds and consultancy opportunities and waited for the punters to arrive.

At first, business was brisk. Jeremy managed to sell a couple of cottage hospitals, the patient transport services of four counties, and Florence Nightingale’s image rights. But while he was haggling with a particularly demanding but deep-pocketed customer, four enforcement officers turned up.

Vince Cable, who is estimated to have lost us £1bn privatising Royal Mail, is now the leader of the Liberal Democrats.

Which is fantastic news!

You know – if you support a different party.

The Liberal Democrats radical new approach will see them: