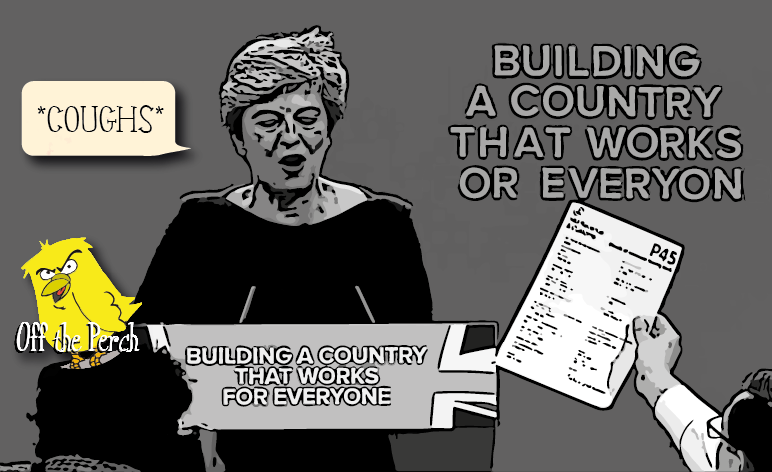 2017 has not been a good year for Theresa May. Although, to be fair, most years have been terrible for her: this is just the year in which people paid attention.

In an effort to regain control, May stood before her party and country on 4 October. Despite several things going wrong (to the point that it felt like a cross between The Thick of It and Saw), May soldiered on, and she said:

Oh god – this is an absolute nightmare *COUGH, COUGH*. And I’m in charge, am I? *COUGH* Of the country? *COUGH, COUGH* Jesus Christ.

But what, if anything, went right?

Ten things I rate about you

Some of it was terrible.

A lot of it was diabolical.

And most of it was hilarious.