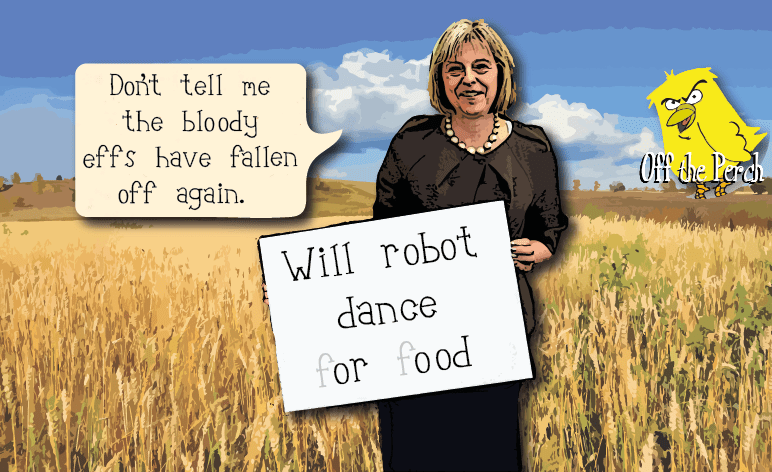 Theresa May is so bad at being Prime Minister that she makes signs fall to pieces in despair.

As such, she might have to stop being PM soon. Because if her presence alone can do that to a sign, just imagine what her leadership can do to the country.

This obviously means that May will be looking for a new job. Which is almost certainly why she has updated her CV – a CV that Off The Perch has exclusively seen.

Of interest in the updated CV was the following:

Diplomacy: I found the trick to keeping everyone happy on Brexit was to never have a position on anything. Well – I say ‘happy’ – it was more ‘equally annoyed’ really. No one could say my Brexit plan was bad though. I didn’t have one.

Self-confidence: I called a snap election I barely planned for while knowing I have all the charm of a medical waste bag. So yes, you could say I’m somewhat confident in myself.

It’s unclear yet if May will actually go. Obviously she should, but what’s the point really?

The Tory government is nosediving, and the only people wanting to take hold of the wheel are the ones who’ve always seen politics as a kamikaze run on the British dream of social democracy.

In other words, strap yourself in and prepare for turbulence.