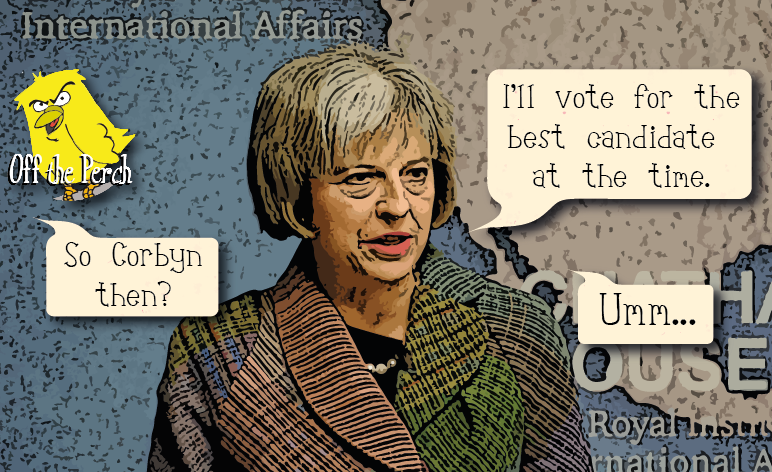 Theresa May voted remain in the Brexit referendum. Presumably, she also voted for herself in the election. And now, after refusing to say if she’d vote remain a second time, May has been unable to say if she’d even vote for herself.

Maybe May – Maybe Not

May was being interviewed when the question of who she’d vote for came up:

“It’s not hypothetical though, is it”, the interviewer said. “There will be an election at some point, and no one else in your party is stupid enough to go for the job right now”.

“Ah, but I don’t know who I’ll be facing”, May answered craftily.

“It will be Corbyn”, the interview said definitively. “Whenever anyone tries to get rid of him, he just comes back stronger. He’s like the 1980s revival”.

“So you’re asking who I’d vote for between me and the absolute boy Jeremy Corbyn?” she asked – struggling to hold the microphone in her sweaty hands.

The interviewer nodded, and then leant forwards – awaiting an answer.

The Tory leader couldn’t answer though. As she knows what everyone else knows. That publicly supporting herself right now is political suicide.

Some people can sympathise with May.

Not politically or personally, obviously, as her politics and personality are both hideous.

What they can sympathise with though is the tough choice. Because not everyone likes Corbyn. But they know that the current leadership we have has all the backbone of a bowl of spaghetti.