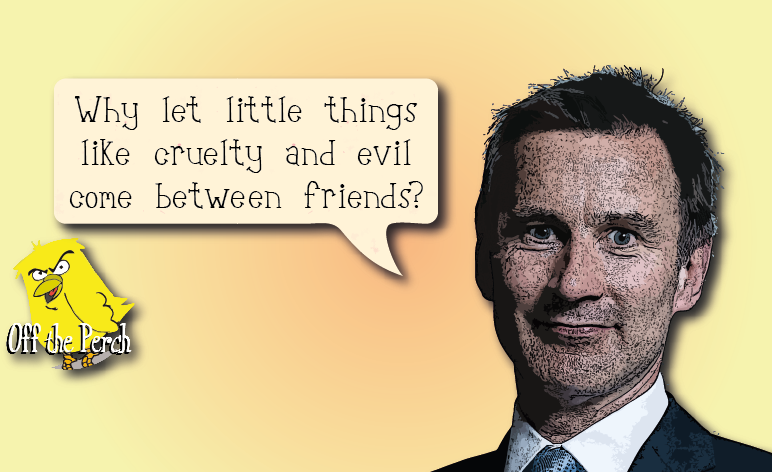 There was much panic and moral outrage recently when Labour MP Laura Pidcock said she could never be friends with a Tory.

Why oh why can’t my local Labour MP be friends with Jacob Rees-Mogg? Sure – the Tories may be ruining the country – they may be driving us towards an early death – and they might be taking a wrecking ball to the NHS – but apparently a lot of them are borderline polite in person, so why not just get the beers in?

It’s partisan politics that’s ruining the country. Not the fact that the government is actively trying to ruin the country.

If you’re a Labour MP who’s struggling to make friends with a Tory, please follow these simple steps:

The Guardian recently said of Pidcock:

She’s an exception rather than the rule, in a place where even fierce ideological opponents rarely hate each other half as much as outsiders think.

The problem is that few of us really thought the two sides hated each other in the past. We didn’t even think they were all that ideologically opposed to one another.

That was always the problem.