Government to restore confidence by tackling abusers. Starting from... now! - The Canary 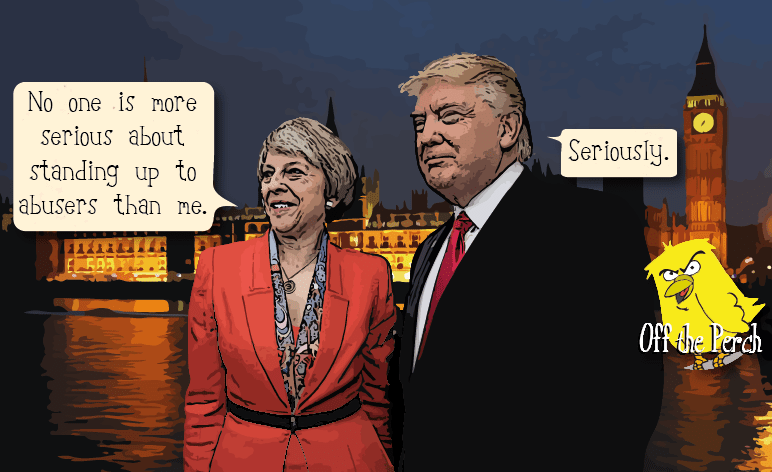 According to recent reports, Westminster is riddled with abusers. The government intends to restore confidence by making sure that anyone caught in the future will be held accountable. Although some have said that, if it really wants to restore confidence, it should kick out the filthy fuckers it already knows about.

Reporters asked a Tory official why the government isn’t dismissing these creep-wads:

Well, it wouldn’t be fair. There wasn’t a proper system in place before, so these men assumed they could get away with it. You can’t go around persecuting people for things you retrospectively decide are wrong.

They then pointed out that, not only were these things already wrong, but they were actually illegal:

Well yes, but not properly. You could still get away with them. It’s not a proper crime if it’s not enforced. It’s like doing 80 on the motorway. Or stealing candy from a baby. Or selling arms to a country that’s perpetrating an illegal war.

Someone asked if dismissing MPs would be ‘unfair’ to Theresa May as opposed to the victims:

Of course I meant that. We wouldn’t have a government if we started dismissing people. Who did you think I meant? Other people? Ha ha – that’s hilarious!

The problem with Theresa May saying that she’s serious about tackling abuse is that she isn’t.

The problem with her saying she’ll get the job done is that she already hasn’t.

And the problem with her saying she will refresh confidence in politics is that she couldn’t even refresh a web page.