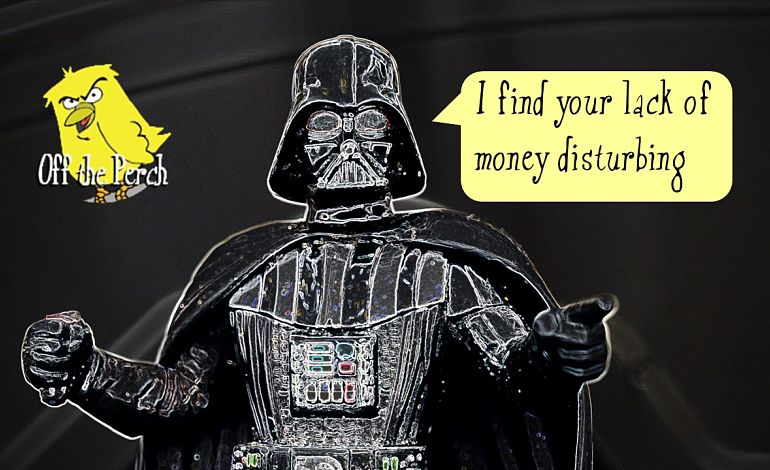 Video game company EA has just released its latest game in the Star Wars Battlefront series. But the newest addition to the franchise has sparked controversy, after it emerged young players were being forced to sell their parents on Ebay in an attempt to get enough credits to unlock the game’s characters.

It’s only a kidney!

Star Wars Battlefront II hit the shops on 14 November, for a cool £49.99. But players were dismayed to find the game contained an algorithm which meant every time you logged on via your Xbox One, it required you to hand over 30 pieces of silver to pick up where you left off.

This was not, however, the end of EA’s inbuilt charges. For example, if players wish to explore the post-Return of the Jedi Star Wars universe in a TIE fighter, the game requires them to put down a kidney or other vital organ as a security deposit. In fairness to EA, the process is made easy by an inbuilt microtransaction with a Nigerian doctor called Frank.

You simply scan either your left or right kidney via the game’s built in MRI function. Send the details plus your blood group and a 10 Naira deposit via Western Union and Bob’s your Uncle. You’re free to fly Iden Versio around the galaxy to your heart’s content. Unless it’s your heart that’s the security deposit, obviously.

And while most players were happy with this, the amount of credits needed to unlock the Darth Vader, Luke Skywalker and Kylo Ren characters has caused uproar.

One mother or two?

With half-decent characters originally priced at 60,000 credits, EA suggested young players could put their entire school class up for sale on Ebay. It provided a template where you can list the sewing machine abilities, sleep, food and fluid intake requirements and socioeconomic statuses of your fellow classmates for various EA-approved sweatshops in Vietnam.

But players are angry. One told Off The Perch:

This is all very well, but EA obviously haven’t thought this through properly. Look, I don’t give a shit about selling off my school mates, but that opens up another problem: if they’re all gone, who am I supposed to play with in 40-player Galactic Assault mode?

So EA backtracked, and slashed prices by up to 75%. This means that you now only have to sell your parents to unlock Star Wars‘ most famed characters:

Star Wars Battlefront II marks a welcome return to raking in the cash for EA. But the result is that parents everywhere are now looking nervously at the children’s Christmas lists. The Bank of Mum and Dad could be be pretty overdrawn by January.