The Tories are revolting! Also, some of them are rebelling. - Canary 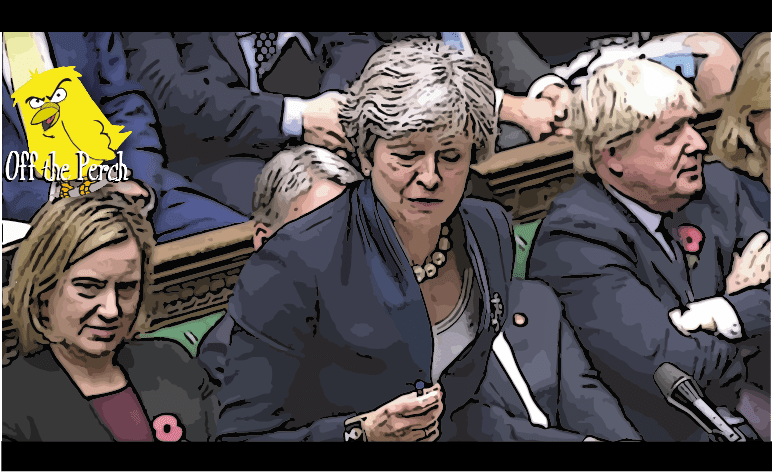 Theresa May wants to enshrine in law the day that we’ll leave the EU. Because as we all know, the problem isn’t that we have no idea what we want from Brexit: it’s that we don’t know the precise moment in time we’ll crash out with no deal.

Some Tories are revolting, though. This has split the Conservatives into two camps:

Traditionally, there is only one way for the Tories to settle this matter. That’s through a ‘Royal Rumble’ style battle to the death in parliament.

Although obviously, the Tories won’t be fighting each other. Why would they do that when they can just have their servants and interns do it for them?

Never ones to miss out on an opportunity to gouge people for cash, this death match will be broadcast live via pay-per-view. Make sure to tune in to find out which side we’ll be losing out to – the Brexit Tories or the Remain Tories.

On the one hand, we have MPs like John Redwood. An MP who supported Brexit for the alleged good of the country, and yet advised investors to shift cash out of the country (presumably in order to then come back and buy UK infrastructure for cheap once the economy tanks). The Tory battle-servants on this side will be armed with straight bananas and empty promises.

Facing them, we have Tories like the now insurgent newspaper editor George Osborne. Tories who believe that the best way to screw the poor is to use the EU flag as a veneer of liberalism while simultaneously bludgeoning people to death with austerity. The melee-interns for this faction will be brandishing rolled up copies of The London Evening Standard, and double standards.

If you’re worried that the Tories on the losing side may miss out, you can stop now. When you’re rich enough, you can ensure that you come out on top no matter what. Which is why most of them are betting against their own death match interns. Just like they’re betting against us on the chance this whole Brexit thing goes tits up.