The Daily Mail claims Paperchase has been 'hijacked by black, liberal transsexuals who own allotments' - Canary 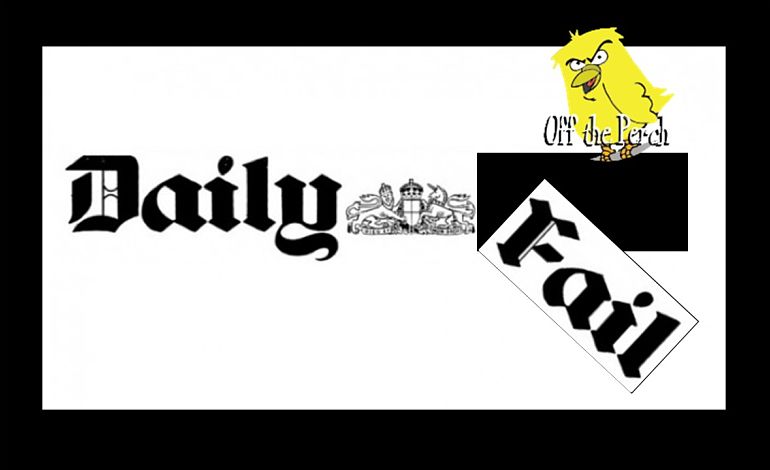 The Daily Mail has hit back at high street retailer Paperchase after the chain pulled the plug on a promotional deal with the right-wing tabloid. But the paper appears to have mellowed since Paperchase announced its withdrawal, as it only managed six offensive tropes in a statement on its website.

The Daily Mail‘s response came after what it called the “yoghurt-knitting twinkle-toes” campaign group Stop Funding Hate scored a victory over the tabloid. This was in relation to Paperchase withdrawing from a deal in the paper, offering a lifetime’s supply of “Make America Great Again!” Post-it notes and matching sun visors.

Journalist for The Daily Mail Percival Webb-Foot had previously described Paperchase as “doe-eyed p**fters promoting gay parenting and Muslamist festivals to unwitting shoppers”; alluding to the retailer’s “Happy Two Fathers Day!” and “Wishing You All The Best This Ramadan!” cards and novelties.

But in a statement on Tuesday 21 November, The Daily Mail significantly toned down its condemnation of the retailer; merely accusing Paperchase of being:

hijacked by black, liberal transsexuals who own allotments. And they’re probably gluten intolerant REMOANERS, too.

Seemingly out-of-character, it went on to say:

Paperchase may wish to promote soppy, Corbynist values like shared bathrooms, a public health service and ‘black lives mattering’. But here at The Daily Mail we are pleased that this fawning, snowflake-forelock-tugging company has chosen to end its advertising contract with us. We pride ourselves on our British values, and clearly a company supporting ethnic, religious and sexual tolerance does not fit those criteria.

Have a Daily Mail Christmas

The Daily Mail also used the opportunity to promote its new range of Christmas cards; in a seemingly direct challenge to Paperchase. Messages and greetings in the range include:

Off The Perch asked Paperchase for comment. A spokesperson said:

The Daily Mail can fuck right off and get in the sea.

It has been rumoured that Virgin Media and Currys PC World are set to be the next big names to pull out of The Daily Mail. Its readers’ Christmas shopping lists are beginning to look somewhat restricted.