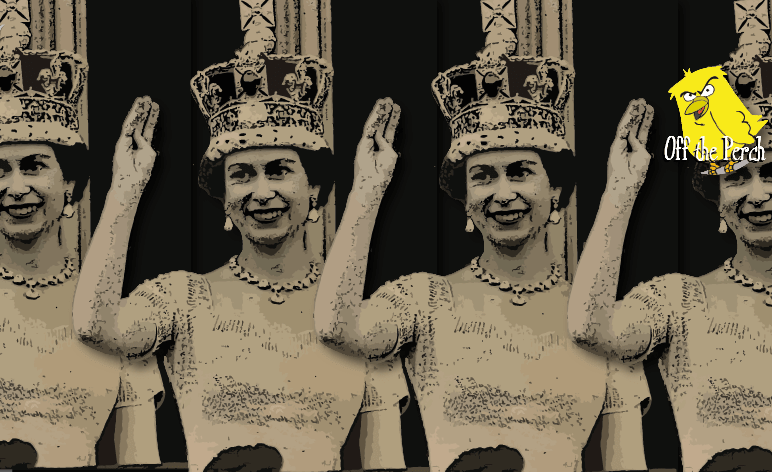 When the Royal Wedding was announced, Britons had two questions:

Using that money… which we pay them… with our money…

We spoke to the Queen to find out more.

You would have thought she’d be a bit above us, but apparently not.

Anyway, she told Off The Perch:

To be honest, one could do with offloading a bit of cash. I’m having my Scrooge McDuck-style money pool scrubbed, and it always takes longer to clean when it’s overflowing.

We asked why the money pool was being cleaned out.

We explained that we already knew she and her family used the pool, but we wanted to know why she was having it cleaned.

“It’s full of parasites!” she repeated.

This back-and-forth went on for some time. Which was fine for her as, when you’re the Queen, you’re always on the clock.

Of course, the Royals could have made the country pay for their wedding and kept ‘their’ cash to themselves.

Or maybe they realise that, after seven gruelling years of austerity, it isn’t going to take much for people to start asking questions like:

Why have these Royals got so many spare rooms?

How much do you reckon we’d get for that fancy gold hat she’s always wearing?