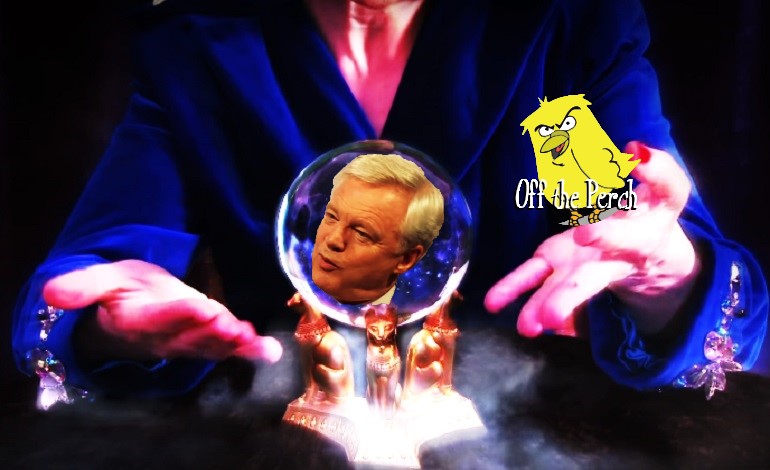 The government has announced that Brexit Secretary David Davis will be advised by a team of well-known cranks, including Mystic Meg and Derek Acorah. But Labour’s senior-most Brexit spokesperson, Paul the Octopus, has hit back – saying it shows Davis is “out of control”.

An agreement on the non-agreed disagreement

On Wednesday 6 December, Theresa May announced the appointments at a press conference outside Disneyland Paris. According to Charlatans Digest, the PM said:

In draft agreements seen by Off The Perch, the so-called ‘A-Team’ (‘Agreements Team’) will include:

So far, Brussels has not commented. But a senior EU source told Off The Perch:

Your government is already made up of chancers, degenerates, liars, sexual deviants, and spivs. A few more fraudsters in the mix won’t make a blind bit of fucking difference.

The first meeting of the A-Team will be held in a chocolate teapot in Narnia. It’s unclear whether Davis will be able to find the wardrobe to attend or not.