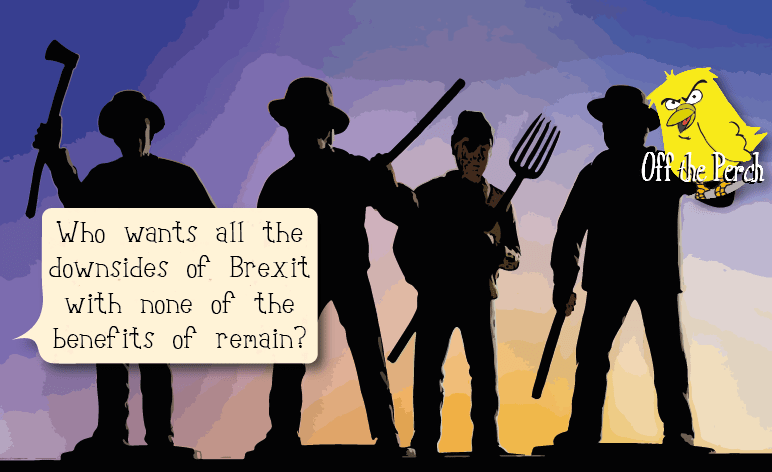 At 48-52%, the Brexit vote was incredibly close. This makes it difficult to move forwards, as any decision will likely infuriate a good half of the population.

Theresa May, however, has found a solution.

Namely in finding a position that merely leaves everyone somewhat annoyed.

The media has announced a BREAKTHROUGH™ in Brexit talks. Of course, further reading revealed that this BREAKTHROUGH™ was actually just a case of the Tories backing down on pretty much everything. Or at least that’s what the Brexiteers seem to think anyway:

Michael Gove: "The final whistle blew this morning and Theresa May won." Frame that for what comes later.

Extraordinary achievement by @theresa_may today. Against all odds a deal delivered that confirms she is probably the only person in Britain able to deliver a good & clean Brexit

The EU was also supportive. Although then again, why wouldn’t they be? They’re getting everything they want:

Ask yourself why it’s in the EU’s interest to make the deal look like a success for Theresa May to the British people. This stuff isn’t rocket science

Speaking to a crowd of gathered reporters, the PM said:

Oh dear, did I just say that out loud? This is how these EU scoundrels get you – they make you negotiate for 48 hours straight, and then you can’t tell what’s what anymore.

At that point, May walked into what was quite clearly a janitorial closet. A few minutes later, snoring was heard. There was also sleep-screaming that went: