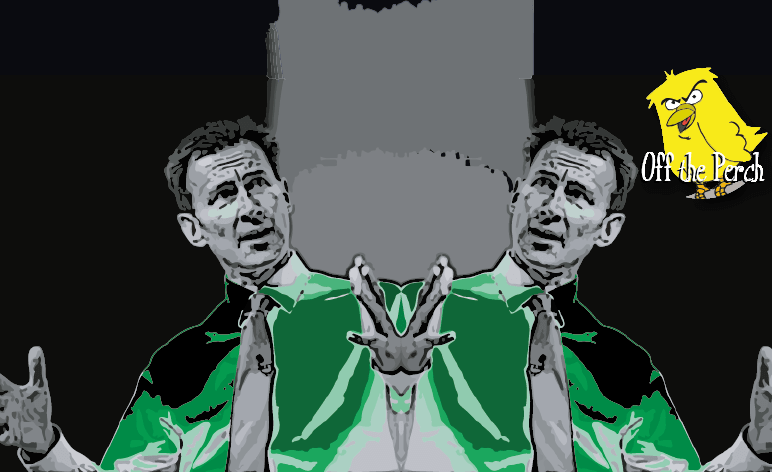 Waste of a haircut.

And why would they? How could it even come to pass?

This is a man whose lack of popularity is only eclipsed by his lack of any positive personality traits. And yet he still seems to be going for it, according to recent reports.

But all is not as it seems.

Out of this world

There are two types of people in this universe:

There may be dimensions in which he’s less reviled, though. And ever since the DUP discovered the magic money tree, there’s been cash going spare to throw science at such nonsense.

Off The Perch was alerted to Hunt’s extra-planar bid for power by alternative-dimension Brian Blessed:

Things were going quite well in our dimension after Supreme Leader Miliband reversed climate change. The improvement to the planet’s environment made it more attractive to aliens, though, and we were promptly invaded by some real shits.

The aliens don’t like managing the day-to-day stuff, so they needed someone who was happy to lord it up over his fellow human beings – a real mendacious arsehole who was happy to oversee a cruel system that chewed people up and spat them back out again.

Turned out this Hunt fellow has some experience of that, and so he was hired.

You may think all this sounds a bit unrealistic.

Still, though, you’ve got to admit that it’s at least ten times more plausible than Jeremy Hunt becoming the PM of this reality.