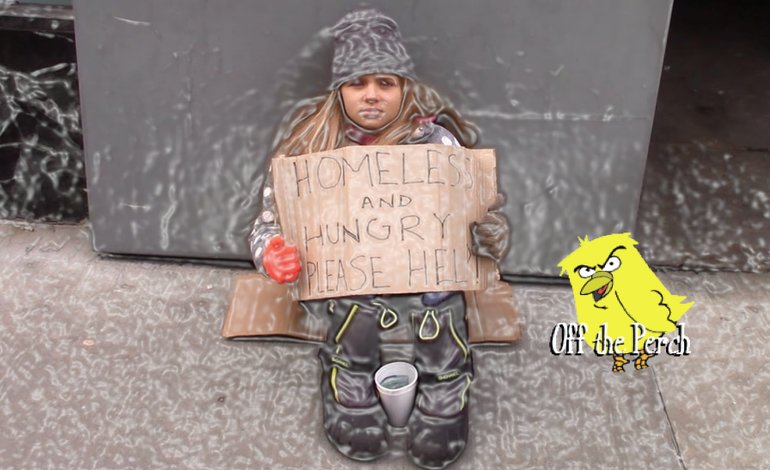 A hungry, homeless child emerged from a wheelie bin in Birmingham today to express her delight at the return of blue passports. The child hadn’t eaten in three days, but insisted her delirious state was entirely due to the changing colour of a travel document she has never used, and probably never will.

14-year-old Grace Underbridge has been sleeping on the streets of Birmingham since her mum died in June. But despite enduring winter with no home, she says she is “ecstatic” the government will spend £500m changing the colour of UK passports. She told Off The Perch:

They’ve got no beds in the local residential unit. But y’know, you gotta think about what’s gonna help most people. An’ I reckon these passports going from burgundy to blue is a really big deal.

Asked why she felt so passionately about a document she would quite possibly never own, Underbridge replied:

Well, Tories hate handouts. But if I can pickpocket at least 500 of these things, I could make a wicked shelter. So, it’s like what they say about the ‘trickle down effect’ in action, innit?

With an attitude like that, this young girl won’t be on the streets for long. It’s a masterclass in ‘Give a Man a Fish’! By removing all lifelines of support, we have triggered this breakthrough in innovation and entrepreneurship. Outstanding and unforgettable!

Tragically, Grace Underbridge starved to death three hours after our interview. Off The Perch contacted the Rt Hon Bernard Blabber-Twat MP with the news. He responded:

British passports will return to their ‘traditional’ blue and gold after October 2019.