Michael Gove to be turned into nature reserve after Brexit - Canary 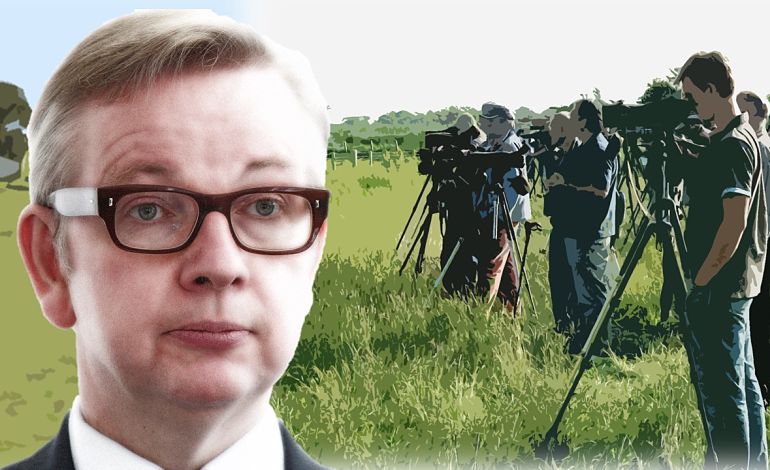 In a move that some are calling a “weird silver lining”, plans are afoot to turn Michael Gove into a nature reserve.

Off The Perch understands that a ‘fast-track’ application will see the Environment Secretary designated as a Site of Special Scientific Interest (SSSI) within weeks. Which is surprising as it will involve him being closely monitored by ‘experts’. In fact, there’s intense debate within the scientific community as to the exact nature of Gove. One ecologist told us he believes the Gove ecosystem is “bafflingly complex, full of seething dynamics and conflicting pressures”. But a leading botanist urged caution: “Behind the outwardly visible thicket of schemes and notions, we believe the interior of Gove is as barren as the surface of the moon”. And ‘nature’s tough guy’ Steve Backshall said: “I’ve tackled lots of things but no way am I going in there”.

A link to the past

It seems that conservation is at the heart of this project. Gove’s mind is almost uniquely uncontaminated by modern thinking. As a result, he gives us a rare insight into the world as it was before many twentieth-century ‘improvements’ came along. Scientists believe as much as 97% of this kind of thinking has vanished since the beginning of World War II.

Letitia Febreze, who is leading on this for DEFRA, said Gove was “an obvious choice”.

He represents a train of thought upwards of 400 years old. If he were a tree, he’d be classified as ‘ancient’ and covered by a protection order. We think there’ll be many people who want to visit the reserve once it’s open. Although maybe not many young people or overseas visitors.

Febreze added that normally exhibits of this sort would be pickled in aspic but that Gove was “pretty much good to go already”.