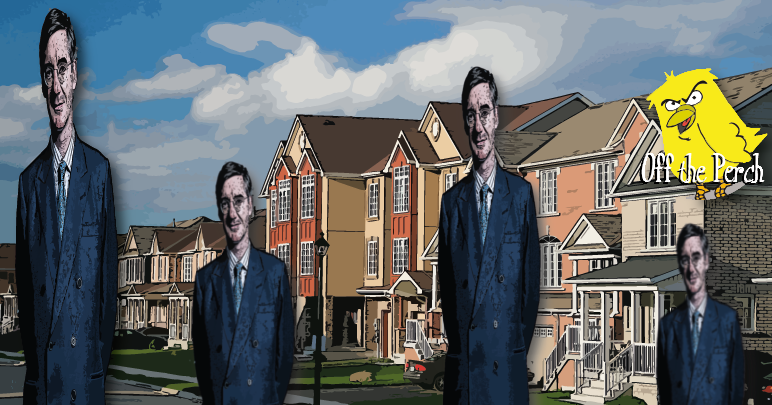 Due to relative wages diminishing and house prices rising, home ownership has fallen through the floor. And the magnitude of this problem is best highlighted by the fact that 100% of house purchases in 2017 were made by the Tory landlord and hereditary fop, Jacob Rees-Mogg.

We spoke to one of Rees-Mogg’s tenants to find out what the Dickensian weasel is like as a landlord:

I was a bit behind on rent over Christmas because my children Tiny Tim, Little Laura, Small Sarah, Miniscule Mike, and Barry were taken sick with the Consumption. Jacob gave us no quarter, though. In fact, he had all our personal effects repossessed to try and recoup his money.

The sad thing is that he didn’t even earn that much from doing so, as the only possessions we had were tiny crutches – crutches that he melted down and sold for scrap metal.

The problem with home ownership is that it makes it very difficult for dandy land barons to constantly profit from your mere existence. As such, this is a golden age for Tory landlords.

Although it may be less of a golden age for anyone outside of the aristocracy voting Conservative.