Theresa May caught passing information on to a hostile, foreign agent - Canary 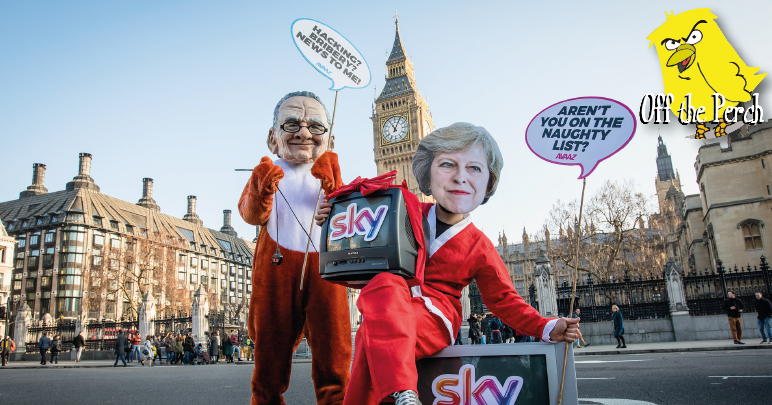 The tabloids have recently suggested that Jeremy Corbyn was selling secrets he didn’t have to Czechoslovakia. It now turns out that another political figure could have been up to similar shenanigans, as Theresa May has been pictured with a hostile, foreign agent.

According to one source, the PM allegedly told Murdoch the following secrets:

The Conservative Party has denied the allegations. A spokesperson for 10 Downing Street said:

These claims are preposterous. They’re hardly secrets, are they? Everyone knows she’s out of her depth.

Murdoch, meanwhile, said the claims were “bonza”, and that:

If you think my influence is bad now, just wait until I’m zapping my bile directly into your brains.

When May was asked if she agreed with Murdoch’s plan to invade our minds with his evil, Australian technology, the PM said: