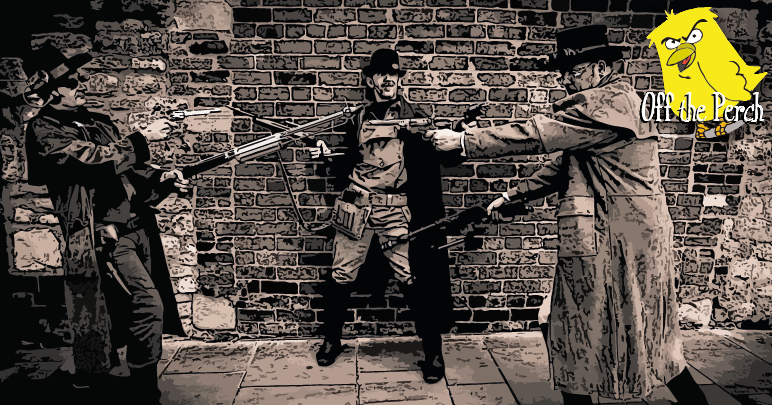 As such, the only logical argument is to make sure everyone is armed and hope the good guys outnumber the bad. Analysts predict this tactic will lead to every single American citizen becoming embroiled in a Mexican standoff by 2050.

Trump and the National Rifle Association (NRA) are currently advising that teachers arm themselves to stop high school shooters. Of course, this will inevitably lead to a teacher losing their cool and shooting a pupil. And as a result, the children will need to be armed to protect themselves from the teachers.

This chain of events will degrade to a point at which everyone needs to be armed – a situation which will be one disagreement away from a mass Mexican standoff.

The NRA has disputed this claim whilst privately planning for it. According to one leaked report, the NRA is instructing the US senators it owns to:

If there’s one group that couldn’t be happier, it’s the people who sell guns.

100% ownership may not be enough to satiate their appetite for gun sales though, which is why they’re working on guns that fire tiny guns instead of bullets.

But will that be enough to prevent gun violence?

Only time will tell.