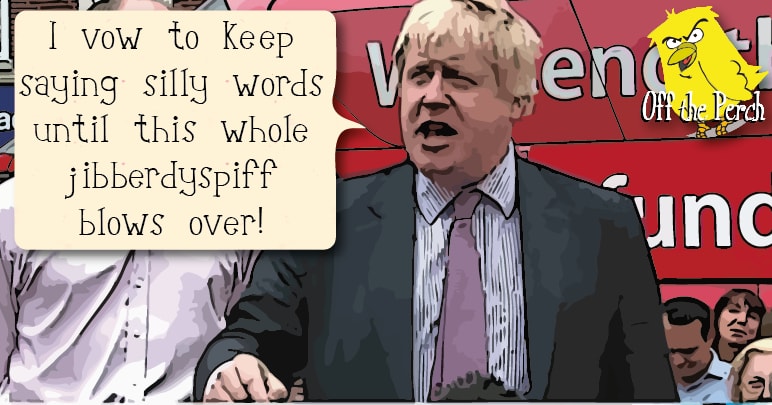 There’s been some suggestion that Vote Leave may have overspent during the EU referendum. To show that the Tories are on the level, Downing Street promptly outed a homosexual whistleblower and put his Pakistani family at risk.

Get on your bus

As usual, Johnson came flanked by several aides carrying fire extinguishers. Due to EU regulations, it’s almost impossible for politicians like him to buy trousers that don’t spontaneously catch fire when they’re talking.

This whole story is a load of thunderguff and bullpiffle. If we were doing clever things like that, we would have written it on the side of a bus.

It’s also worth remembering that using buses to scam elections is perfectly legal now anyway. Remember the 2015 general election? We scammed that with the old battle bus, and we barely even got a slap on the wrist.

A journalist asked if this meant Johnson was saying they actually did break electoral law.

“I’m certainly saying something,” he answered.

Perhaps worried he’d let the narrative get away from him, Johnson spent the next several minutes making fart noises with his armpit.

Many Remainers are confident that this latest revelation means Brexit will have to be reversed.

But while Brexit may be a scam perpetrated by charlatans, the same can be said of the Conservative government, and it’s taken us eight years to persuade 40% of the population of that.

On that time scale, expect a second referendum some time in 2032.