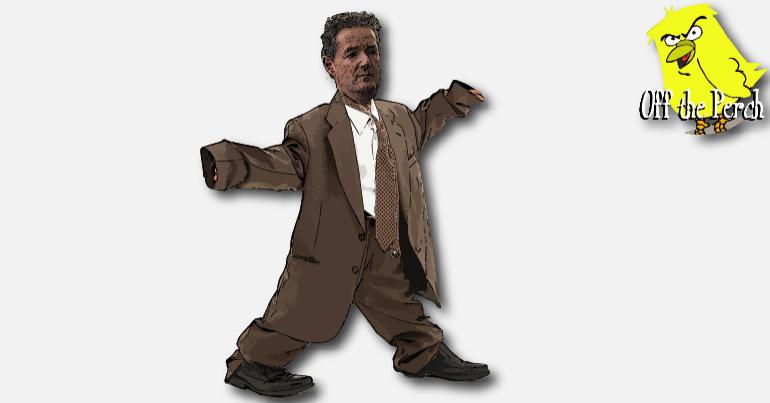 It’s been a big week for Piers Morgan. First came International Men’s Day, which meant he had to spend 24 hours talking about how women want to castrate him or some shit. Then he told young women they needed to try harder to earn his respect because that’s something they should want for some reason.

His constant drive for attention at any cost has thankfully diminished, though – much like the man himself.

Honey, I shrank the twat

Piers was blathering on when I caught sight of a tube of Anusol that Barry Manilow had accidentally left behind. I noticed that it promised to ‘shrink inflamed arseholes’. Looking at my co-host, I wondered what would happen if I put some on him.

To cut a long story short – very short, in this instance – the salve worked. As soon as I rubbed it on Piers’s gammony face, he immediately began to shrink.

Speaking through a megaphone, Morgan claimed (in a very squeaky voice):

This is women’s plan for all men! First they came for me; next it could be you!

Reid denied this, pointing at the Anusol and saying:

It only works on massive rectums, see?

So it turns out we can diminish the volume of arseholes in the media without simultaneously banishing all white men.