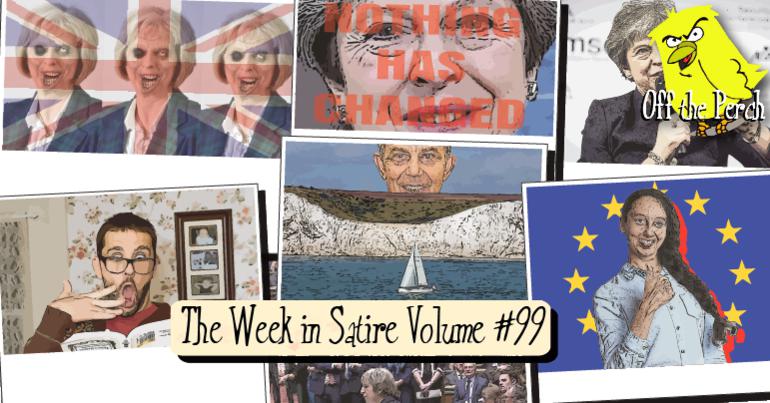 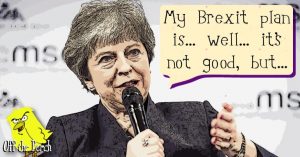 May fails to convince the nation despite minimal effort

When Theresa May announced her Brexit strategy, it didn’t prove very popular. This gave her just over ten days to engage in the political fight of her life. May isn’t much of a fighter, though, meaning she spent her time shadowboxing.

May planned on going around the country convincing people to vote for her deal. This seemed paradoxical, as the only people allowed to vote on it were the MPs at Westminster. It didn’t really matter in the end, as May didn’t convince anyone anyway.

Her trip to Scotland was particularly good, as May spent the entire trip in a container with no windows. She did allow some Scottish journalists into the container so she could tell them:

She then pretended to drink Irn Bru for the cameras. Eagle eyed observers spotted that she’d replaced the Scottish tipple with Bovril, however, as the can steamed and gave her a sticky moustache.

Perhaps the highlight of May’s tour was the bit when she challenged Jeremy Corbyn to a debate. It turned out she’d conspired with the BBC to adopt a format in which host Lynn the vicar asked questions like:

Theresa May, could your Brexit plan be any more perfect?

Jeremy Corbyn, my friend Lynn the psychiatrist told me you have secret fantasies about murdering puppies; have you ever followed through on these sick urges?

Labour refused this, obviously, which meant May had to pull out of her own debate. Although pulling out gave May some bad press, it’s nothing compared to how bad she looks when she actually shows up to things. 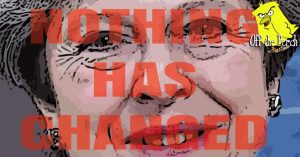 Theresa May told us there was no better Brexit deal than hers. But facing a massive defeat, she cancelled the vote so she could go and ask the EU if a better deal was on offer.

Being PM is a terrible job – especially when you’re a woeful politician. That’s during normal circumstances, too. Right now, we have a political situation that demands decisive action, but a PM who can barely decide what she wants for breakfast.

And yet – and fucking yet – she’s still clinging on, even though stepping aside would be so much easier.

Off The Perch visited Downing Street to ask May if she’d resign, but she wouldn’t answer the question. She wouldn’t even let us ask the question. Before we could get the words out, she’d tossed an apple straight into our mouth.

More trouble than it’s worth

By the time we’d prised the apple out, May had leapt out of a window and was doing some parkour shit over the rooftops of London.

“Why don’t you put this much effort into not being terrible?” we screamed after her.

But she carried on. Because for some reason, she thinks these unnecessary acrobatics are more dignified than admitting defeat. 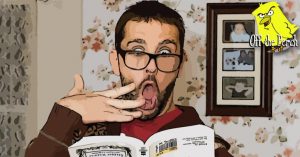 Theresa May – despite all her strength and stability – has become the subject of a confidence vote.

You can’t genuinely have lost confidence in Big Thez, can you? Whatever happened to PM means PM?

The ‘achievements’ of Theresa May

You sometimes forget, but May has achieved quite a lot. For example, she:

The most amazing thing about this fiasco is that May looks like she still commands some support in her party.

That means Tory MPs are going to enter Parliament today and officially say they have confidence in May right now.

A move which will surely reflect well on them come the next election. 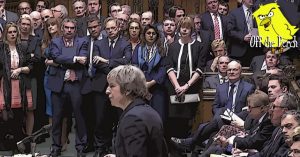 Tories forced to say they’re officially ‘confident’ in Theresa May

Off The Perch caught up with a Tory MP who wished to remain anonymous:

Oh Christ. This really couldn’t be worse. She’s shown herself to be the most incompetent PM since that donkey who briefly took charge in 1847. Now we’ve all come together to say we’re confident in what she’s doing. Tosh!

To be honest, I’m not even confident she’s dressing herself in the morning. I suspect her assistants strap her into a tartan suit, upload the day’s slogans to her mainframe, and then send her out the door.

Still though, it should help May renegotiate her terrible Brexit deal. The EU said it won’t renegotiate, but now they know she only commands the support of two thirds of her minority government, that should change things, right?

So yeah – she won’t be any less terrible – she’ll just be more enthusiastic about how woeful she is. 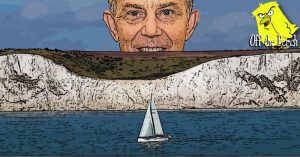 Against the wishes of those supporting a ‘People’s Vote’, Tony Blair has lent them his support. Because, as is achingly apparent by now, receiving political backing from Blair is like getting a personal hygiene recommendation from Captain Jack Sparrow.

Tony Blair says if Britain said it was prepared to think again about Brexit, Europe should step forward with measures to show they have listened to concerns, including on freedom of movement and immigration #r4today

Speaking to anyone who’d listen to him at the bus stop, Blair said:

Some people want to leave the EU so we can be more racist; others want to remain and be less racist. Having applied my genius, centrist brain to the issue, I’ve realised the moderate thing to do is remain in the EU but be more xenophobic.

I’ve been saying for ages that the Labour Party needs to be more racist; it’s very hip right now. The racist mugs were a good start, but we went wrong trying to sell them to people. What we should have done is thrown them at foreigners to put them off coming here.

Tony, or not Tony

Blair continued with a plan to halt migration that might actually work:

I’ve spoken to some EU bigwigs, and although they won’t budge on freedom of movement, they did make a suggestion. They think that if I personally promise to make friends with every migrant who comes to the UK, then no one will come.

I can’t see it myself, which is why I’m going to make myself the face of Remain. People love me, and the more they know that I want to stay in the EU, the harder they’ll back it.

Blair offered us some of the glue he’d been sniffing at this point, but our bus had come, so we bid him adieu. 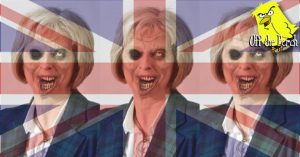 Theresa May tries to reanimate her dead Brexit plan

The EU said it wouldn’t renegotiate Theresa May’s dead Brexit deal. That didn’t stop May from heading to the EU to try – although ‘try’ is a strong word for muttering “Brexit means Brexit” at a room full of confused people.

Off The Perch caught up with Durham University’s professor of analogies to get a colourful explanation of what happened:

May’s Brexit deal was a real Frankenstein’s monster – one made from parts which didn’t even match. That’s why it had three left feet, no brain, and hundreds of balls.

When the people saw this horrific, mindless creation, they did what anyone would – they took their pitchforks out and destroyed it. As they did so, May stood to one side and said, ‘look – it’s my monster or no monsters at all’.

Despite being given the chance to just stop, May had another idea. She gathered together the parts of her Brexit monster and strapped them back into the Monster-Nator-5000. But this time, she made even less effort than before.

The professor finished his analogy by saying:

When the lightning struck, the improperly earthed machine caught fire. As you’d expect, the horror flesh began to char and melt. The people she’d gathered to watch looked on in horror. The PM, meanwhile, said that if we all pitched in, we could shovel what remained into a wheelbarrow and it would be ‘job’s done’.

But what’s ‘the job’, Theresa? What the fuck are you even doing?

When he’d finished, the professor apologised for not being able to think of a sufficiently graphic analogy. 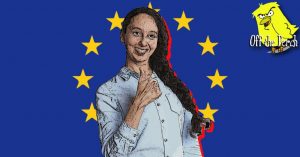 The Off The Perch guide to potential second referendum questions

As clever journalists have pointed out, choosing the questions for a second referendum would be difficult.

What should the question be in a second EU referendum?

This sounds like it should be a simple question, but it’s actually not: every option I can think of has some pretty significant problems.

Everyone knows what questions they’d pick – namely the ones which would tip things in their favour. But what options are actually on the table?

The options as we see them are:

Regardless of how we vote, we probably will have another referendum. Because, you know what, fuck it – why not? Let’s stop pretending we need a reason and just admit this is who we are now – a nation of vote junkies.