Desperate PM talks bull in a china shop | The Canary ` 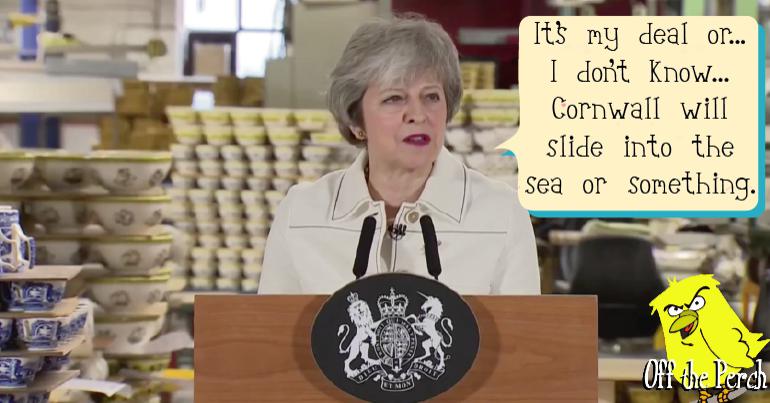 We’re now mere days away from Theresa May’s Brexit deal/career being voted into oblivion. In a desperate attempt to cling on to both, the PM has given yet another speech. This time she chose to spout her bull in a china shop.

Feeling more anxious than ever, May pulled out the big guns. She warned:

As the speech trundled on, the PM became even more distressed, and began rambling:

Remember those killer seagulls from a few years ago? I’ve been personally shooing the foul birds away, and if you vote me out, they’ll be back before you can say ‘hostile environment’.

She concluded by pleading:

Oh, go on! Just vote for it! It’s not that bad, is it? It’s certainly no shitter than anything else I’ve heard.

Since her speech, May has been going around parliament – offering to buy MPs snacks on her expenses. In response to this, one Labour MP remarked:

It’s rather sad, really. By which I mean fully deserved, obviously – the massive, hate-spreading bastard.