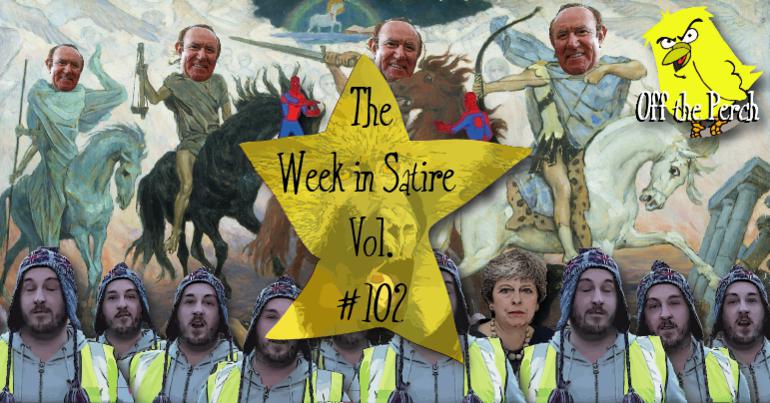 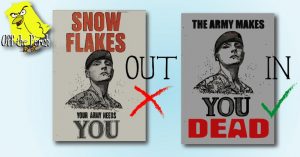 The army ditches ‘snowflake’ posters for something more honest

by John Shafthauer The army received some criticism recently for posters it hoped would appeal to ‘snowflakes’ and ‘millennials’. Some Tory MPs who aren’t teenagers being preyed upon by the military industrial complex did seem to like them, though: 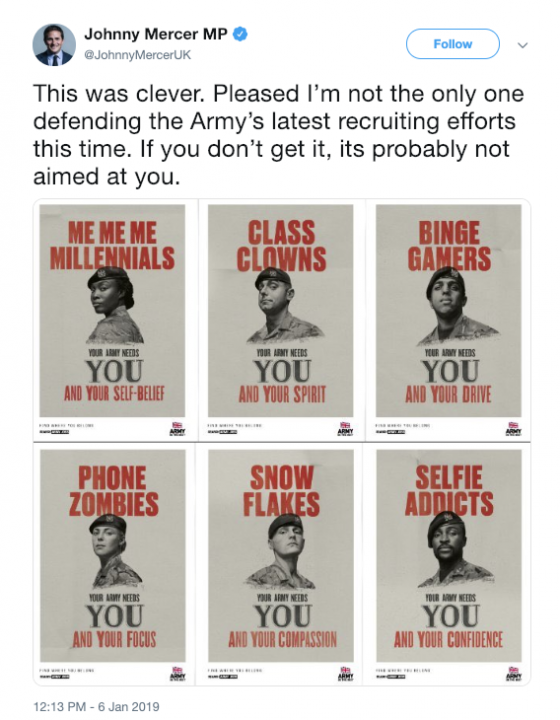 In response, the army has now taken the complete opposite approach. Instead of stating what skills people can bring, it’s now being crystal clear about the outcomes the army offers.

Of course, death is just one potential outcome for the teenagers being encouraged to fight in our military quagmires. Here are some others – although they’ve missed off ‘THE ARMY GIVES YOU PTSD BUT NOT DECENT AFTERCARE’: 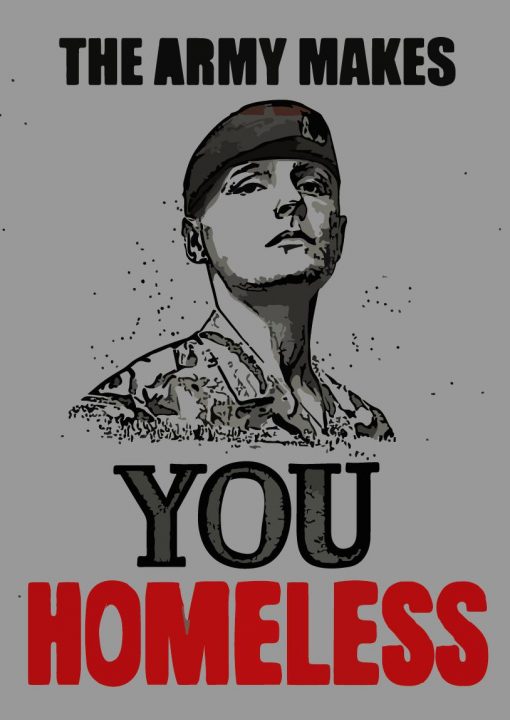 It would be wrong to say we don’t need an army of some variety. There is, after all, an outside chance that aliens could invade – or that New Zealand could get too big for its boots. There’s no strong argument for joining the army right now, however, as we keep using it to make the world measurably fucking worse: 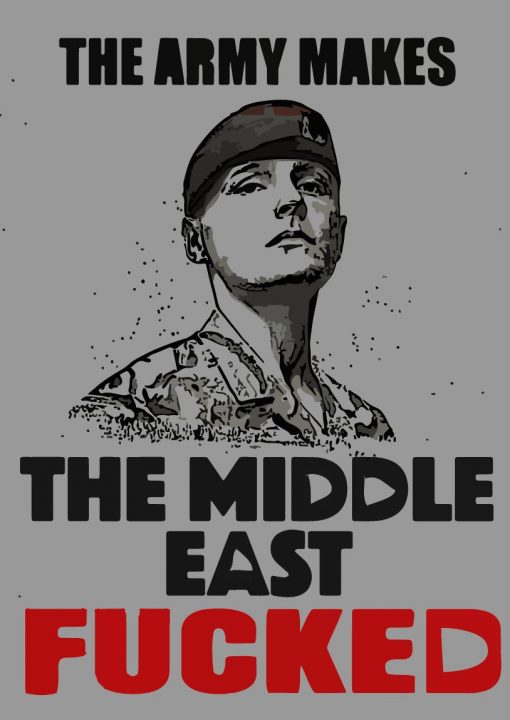 The army has a long history of targeting – let’s face it – children. If you believed the adverts, you’d think the army was a cross between a university degree and a two-year paintballing excursion. But the reality is very different from the posters. The army makes you dead. And it makes other people dead, too. And since WWII, there’s rarely been good reason for that. Unless you sell weapons, obviously, in which case ch-ching. 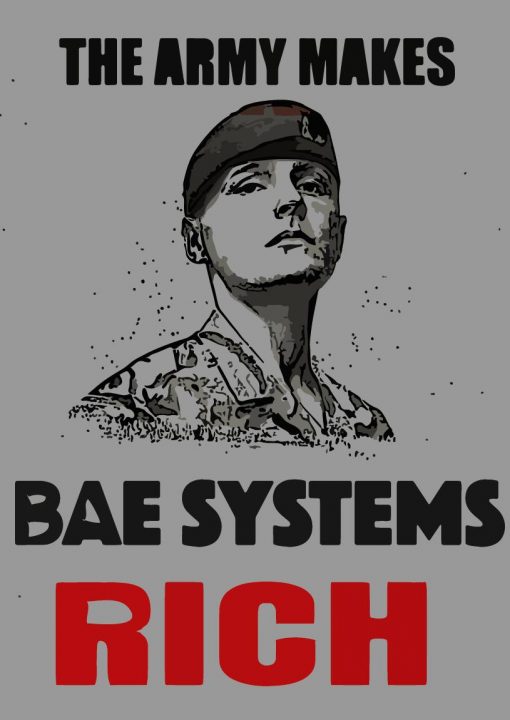 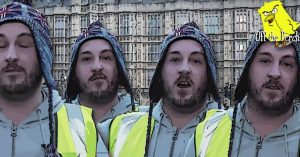 by John Shafthauer Since the Brexit vote, frothing shit-rags like the Daily Mail have really ramped up their rhetoric. The headlines produced in this period have been more hateful than Nick Griffin’s amateur poetry. This is unfortunate, as a freak accident means several of these headlines have now come to life.

The headlines proved so toxic that the newspapers they were printed on had to be treated like nuclear waste. As part of our super Brexit strategy, we paid a Taiwanese firm to dispose of this toxic waste for us. The problem is they stored it with nuclear refuse and when lightning struck, the headlines came to life. Since then, these yellow-glowing menaces have been hanging around outside Westminster – threatening ‘enemies of the people’ and ‘saboteurs’. Weirdly, the police have just stood by and watched – even as the mutants threatened them:

The head of the police explained:

The UK police are notoriously powerless to arrest people who are threatening them. Just visit any town centre on a Saturday night and you’ll see that. Obviously, we need new powers to ban any group of two or more people gathering outside with intent.

The tabloids have denied their role in creating these toxic crusaders. They just haven’t denied it too firmly, as obviously a lot of their readers are on board with this sort of thing. This is exactly what the tabloids have prepared them for, after all. 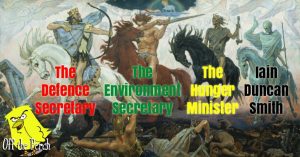 Tories’ ‘Minister for Hunger’ ready to join the other horsemen

A parliamentary committee has recommended that the government set up a so-called “minister for hunger”. Arguably, we could avoid the creation of such an office by instructing the government to just stop making people hungry. This would involve seeing the wood for the trees, however, and so here we are.

Regardless of why we’re getting this new minister, it will at least add ‘Famine’ to the four Tory Horsepeople.

The Four Horsepeople of the Conservative Party are:

Creating new ministers to deal with the problems created by other ministers is exactly the sort of nightmare politics we expect from the Tory Party. And yet, we could probably do with such a minister.

Unless their job is primarily just massaging statistics to make it look like hunger isn’t an issue anymore. Which is almost certainly what they’ll do, if every other government office is an indicator. 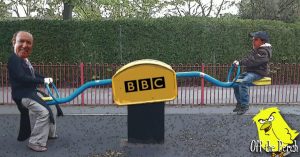 During a discussion about the far right, host Andrew Neil had to stop Owen Jones from discussing the Spectator. Although the Spectator does indeed publish material sympathetic to the far right, Neil believed it wasn’t proper to point that out – presumably because he’s the publication’s chairman.

The idea that I can’t talk about this in a discussion about the media and the far right, when I’m sitting with the chair of the Spectator’s publisher, whose position as a BBC presenter gives this magazine huge prestige, is a farce. It’s not “lies or smears” either: it’s the truth

This obviously raises an interesting question about BBC balance – one that the BBC has opted to steamroll over in its usual unthinking fashion.

In its first response, a BBC spokesperson said:

Look, we’re incredibly supportive of rigorous and balanced debate – just not if the facts of the matter make us look like cunts.

When this went down poorly, they followed it up by claiming:

Andrew Neil has apologised for using his privileged position to whitewash the actions of the far-right-admiring magazine he moonlights for. He’s also apologised for making vague threats towards another commentator.

Andrew Neil accused me of "lies and smears" last night and, when the cameras stopped rolling, yelled "I WILL DEAL WITH YOU" over them. But they're not "lies or smears", here's all the evidence. Is there a word for falsely publicly accusing someone of being a liar? https://t.co/DJgfUiKKnc

When it was pointed out that no – he hadn’t apologised – the BBC spokesperson said finally:

Oh fuck off. We’re the BB-fucking-C – who are you? If we say it’s balanced, it’s balanced. If you don’t like it, piss of and watch Channel 5, you hideous, pie-brained apes.

With BBC political programming losing viewers, the bosses over there may regret this latest move. Unless they’ve been given the job to purposefully tank the organisation’s credibility, of course – a job they’re doing very well, whether on purpose or not. 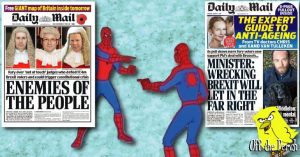 Chris Grayling – a.k.a. ‘that useless, creepy transport wanker’ – has warned that blocking Brexit will fuel a rise in the far right. The Daily Mail has amplified this message, which is somewhat confusing, because… err… don’t you guys usually like encouraging the far right?

The British tabloids haven’t shied away from calling for migrants to be taken out with gunships, or from labelling the judiciary as ‘enemies of the people’. Despite this, a spokesperson for the Coordinated Union of Nationalistic Tabloids told us:

There’s no evidence to suggest that scapegoating a minority group can lead to fascism. Especially not when it’s combined with a campaign to delegitimise the judiciary. There are certainly no examples of such a thing happening in history.

When we showed him an example, he snatched the paper from our hands and ate it. We told him we’d made copies, but he just smiled and said “I skipped breakfast this morning especially”.

So, why are the people who stoked the far right with xenophobia and austerity suddenly worried about the rising far right?

Listen to Chris Grayling's bullshit and then just read one history book about the Nazis: they were facilitated by German conservatives who disrupted democracy, imposed austerity and then blamed minorities for the resulting chaos. Familiar? pic.twitter.com/zmXtMc3Am8

Well, there are two options.

The first is they’ve seen the error of their ways. This is unlikely, as it would involve Tories and tabloids experiencing things like ‘shame’ and ‘introspection’.

The other option – the most likely – is that they’re actually not bothered, and they’ll just say anything to get their own way – no matter how ridiculous they know it sounds. 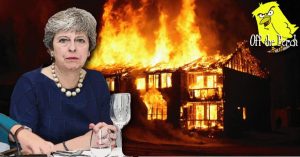 It’s my deal or one of several better options, warns May

After several weeks of warning that it’s her deal or chaos, Theresa May has slipped up. In her most recent interview, the tired PM said:

It’s my deal – which nobody actually wants, I should add – or one of several alternatives – a few of which could actually get through parliament. Oh no – wait.

But what are these other options? They include:

As ridiculous as some of these options are, they’ve all polled as being more popular than May’s. And with good reason. Because the PM has negotiated the worst of all deals. A recent look at the small print shows that not only will we lose our freedom of movement, but EC president Jean-Claude Juncker will be allowed to come over here and help himself to the contents of our fridges.

As things stand, May’s deal is expected to be voted down in parliament by 400 to -15. The pollsters predicting this do admit their results may be unfairly weighted in May’s favour, though.