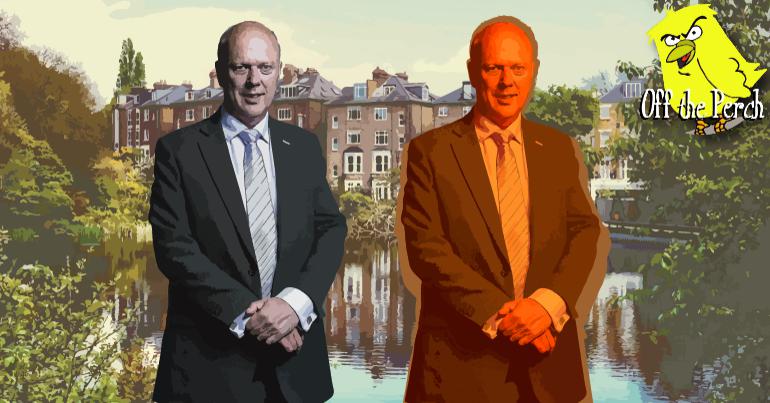 Chris Grayling is known for doing many things – all of which are terrible. To avoid answering for these failings, Grayling has taken to deploying a cardboard cut-out of himself. This is proving to be a bad move, as party HQ has realised the cut-out is more efficient than the man himself.

Grayling is now world famous for his incompetence:

So what keeps him in government? Well, it’s a couple of things – namely:

Grayling has a problem, though. It’s true he’s supposed to function as a wrecking ball that lays waste to the British state, but he’s also a fucking idiot. As such, the damage he’s inflicting isn’t limited to the things he’s aimed at.

Grayling’s banal rampage has drawn unwelcome attention. This is quite difficult for a Tory to do, as most of the media is pretty relaxed about them trashing the country. The cardboard cut-out, however, is able to just get on with the job of following orders and looking dull.

Analysts predict the cut-out will be able to carry on ruining the transport network without accidentally spending £2bn on chocolate snow ploughs or replacing train guards with kangaroos. They also expect the cut-out to answer as many questions on its performance as the man himself – i.e. none.