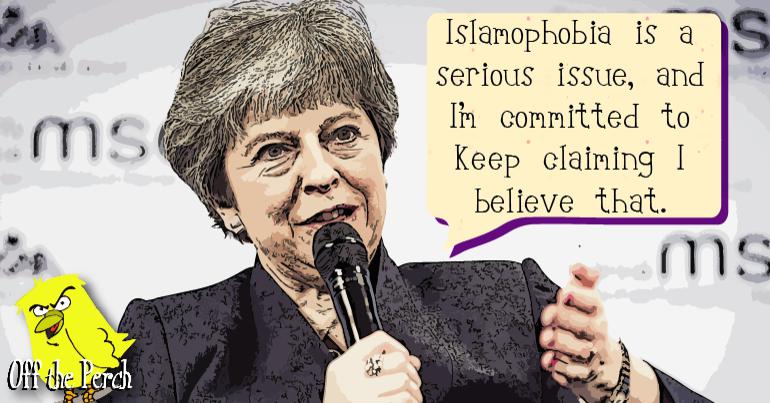 Do as they sort of say – not as they definitely do

The Tories have a problem when it comes to Islamophobia. On the one hand, they want to:

On the other hand, they also don’t want people to think they’re Islamophobic. You know – in case it loses them votes.

To try and maintain this fine balance, Theresa May said:

As May seems completely incapable of questioning her own actions, it’s easy to imagine which approach will win out.