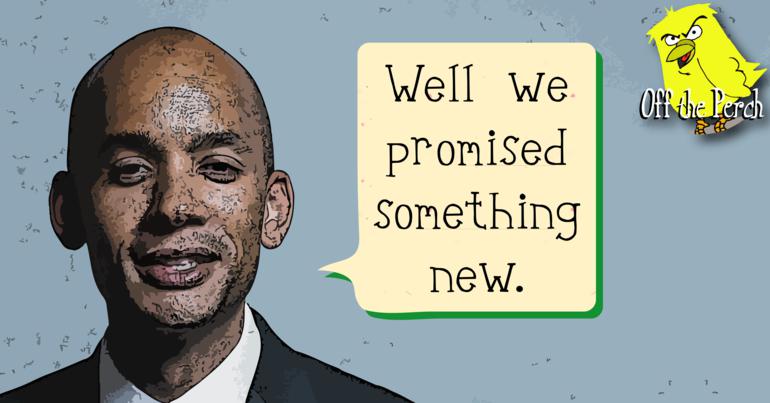 Change UK (a.k.a. The Independent Group (a.k.a. Chuka Umunna Vanity Project 2019)) promised something new in politics. It’s delivered on that. The party has now gone from this:

To negative numbers. No one understands how it’s done that. It should be impossible. But CHUK is currently polling at minus 17.

As it tends to do, CHUK has reacted to its fading fortunes with a name change. Several name changes, in fact. Since yesterday, it’s gone by:

According to one party member, the issue is:

The other parties keep fielding candidates against us! How are we supposed to win elections when people with actual policies keep bullying us? I’m sorry, but this really just isn’t fair.

The party is now pressing for a ‘fairer’ system of governance in which political parties are assigned seats according to how many friends they have in the corporate media. Such a system would make it the second biggest party in parliament.

Of course, Change UK does still have a chance of getting into power. If everyone but Chuka Umunna slept through election day, for example, or if every opposing candidate got abducted by yetis.

It’s not much of a chance, but still.