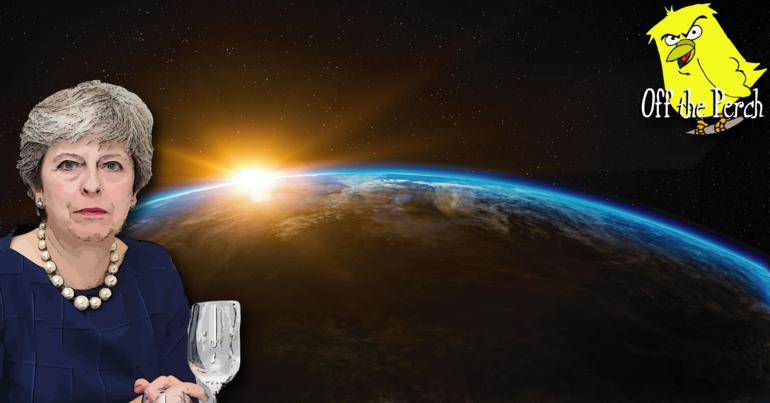 Theresa May is an unconvincing politician with a terrible Brexit deal that’s hated by everyone. Despite this, she’s struggled to get anyone to vote for it. In her latest last-ditch attempt, she’s promised to leave the planet if people vote yes.

Out of time / outer space

In one of her more eventful speeches, May said:

Let me be clear – the Brexit deal I’m proposing is the only one I’m offering. Clearly you all hate me, but if I don’t get this through, my Wikipedia entry is going to be grim reading indeed. To satisfy your obvious hatred for me, I’m prepared to fuck off to Jupiter if you vote yes on my deal.

A Tory MP commented on the speech, saying:

She never follows through on her promises, so there’s no trust any more. And besides, most of the leadership candidates have promised to launch her into space either way.

This situation’s bad enough without us littering space with useless garbage.

DEATH TO THE TRAITORS!

May’s last big idea may be her worst yet. If it is her ‘last’ big proposal, anyway. This wouldn’t be the first time she’s failed to live up to her word. At this point she’s the political equivalent of a spam email.