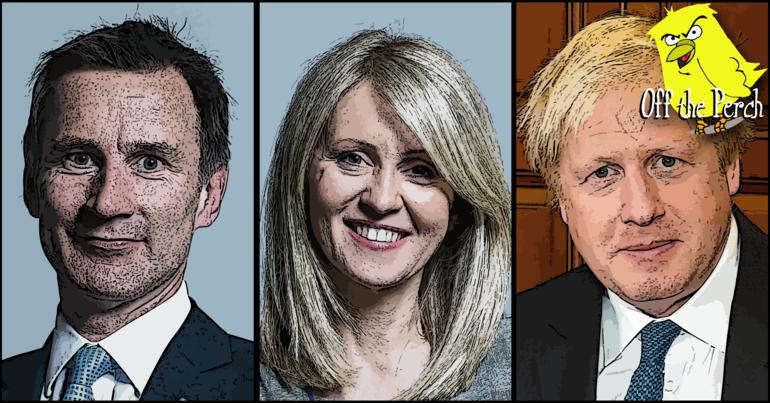 The Tory Party has confirmed it will use an ‘all arsehole shortlist’ for the leadership race. This is pretty standard for the Tories, but it has prompted the question:

Is the Conservative Party prejudiced against people who aren’t dreadful?

We asked a Tory bigwig why the party is having such a problem attracting people with any redeemable qualities whatsoever. He answered:

I’m sorry, but who are you? And how did you get in here?

When pressed, he added:

Oh, fuck off. The party is full of decent people. Like… umm… well… I would say myself, but obviously you’ve just walked in on me purchasing endangered elephant ivory with my expenses money.

After we got thrown out of Tory HQ, we asked some non-awful people if they felt like the Conservatives are discriminating against them joining. One woman told us:

Well, sort of. But only in that they’ve made themselves so abhorrent that I would never think about signing up.

This is why whoever wins the leadership race, we’ll get a leader who’s fully supportive of austerity, division, and unfettered arseholery.