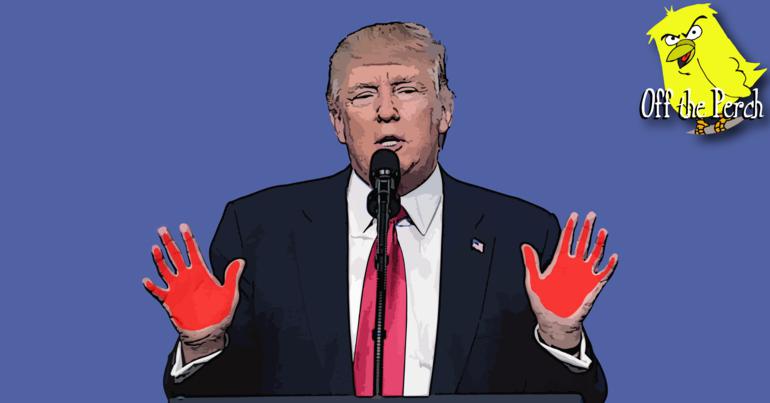 At least he is right up until the point when one of them follows through, anyway.

When that happens, Trump is instantly an innocent bystander. If anything, he’s the victim – a blameless saint suffering the indignity of having his passionate and documented support of white nationalism linked to rising white nationalism.

Trump himself cleared this up:

People say the most terrible things about me. They’re saying I claimed Mexican rapists are invading our country to steal our freedom. Can you believe that? No – don’t google it. Hey! Can we get this guy’s phone off him? Reading my tweets back to me is fake news!

Trump went on to blame mass shootings on mental health. Although untreated mental health could factor into the problem, one expert pointed out:

Still, though – it wouldn’t hurt to just take the fucking guns away and see if that helps, right? And if the problem is mentally ill people, why is the NRA so adamant about the right to sell guns to mentally ill people? And why aren’t we doing anything to fix this mental health epidemic that’s allegedly at fault here!?

Right up until he isn’t.

But don’t worry, all you white nationalists out there. It won’t be long before he’s back on the case. The only thing more predictable than these nationalist mass shootings is the presidential tweets that inspire them.