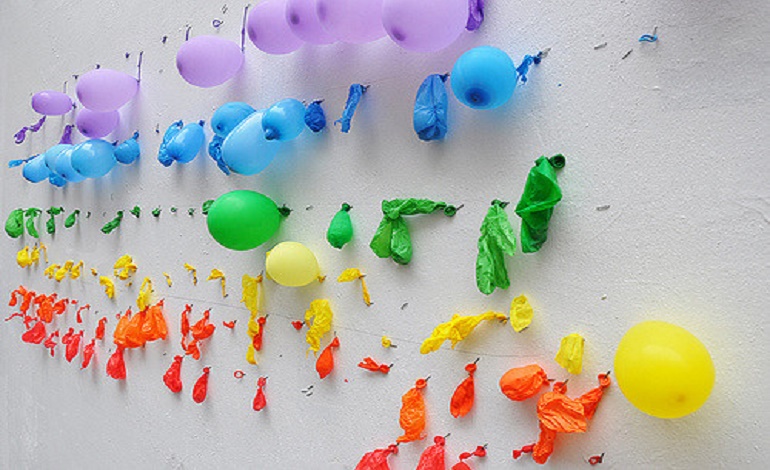 On Thursday 19 January, the LGBTQ+ charity Stonewall announced the winners of its yearly “Most Inclusive Employers” awards. And topping the list was Lloyds Banking Group. But the gong shows just how detached Stonewall is from the community it claims to represent. As Lloyds has done nothing but wreak havoc on working class LGBTQ+ people since the 2008 crash.

Stonewall’s “Workplace Equality Index” reads like a Who’s Who of corporate and public sector degenerates. It includes the banking giant JPMorgan, which is a major investor in nuclear weapons and the arms industry. It includes the “serial environmental criminal” BP, and Nottinghamshire Police, which allowed a homophobic police officer to keep his job. And it even includes the London Borough of Tower Hamlets, which oversees some of the most shocking poverty in England.

But top of Stonewall’s list was Lloyds Banking Group. One of the banks the public had to bail out after the 2008 crash.

According to Stonewall, Lloyds has [pdf]:

committed to ensuring all colleagues feel included and can bring their whole selves to work. Through their Helping Britain Prosper Plan, the Group has made a public commitment to consistently increase the engagement levels of their LGBT colleagues in all roles over the coming years.

How heart-warming of Lloyds. Bear in mind that this is the same Lloyds which borrowed more than £20bn off the public. After it greedily/stupidly (delete accordingly, depending on your viewpoint) got itself caught up in the US subprime mortgage crisis. And then chose to buy out faltering HBOS. The same Lloyds that the government just flogged more of our shares in. Probably making us a loss. And the very same Lloyds that was fined £218m by the Financial Conduct Authority (FCA) because it rigged the LIBOR rate.

But to Stonewall, this seems not to matter. It heaped praise on Lloyds, saying [pdf]:

The Group also launched a new colleague volunteering programme, forming official partnerships with LGBT charities Mermaids, Opening Doors London and the Albert Kennedy Trust. Colleagues and leaders spent 1,000 hours volunteering with these charities and have raised £30,000 throughout the past year.

Bless Lloyds. Giving all that money and time to support LGBTQ+ charities. The very same charities that rely on central and local government funding for about half their money. Charities which already got just 4p in every £100 of voluntary sector money. And the very same charities that the Trades Union Congress says have been hit by austerity. Charities like the Albert Kennedy Trust, supported by Lloyds, but which said that LGBTQ+ people make up 24% of the youth homeless population. Homelessness which has increased 50% since the Tories began austerity in 2010. Austerity caused because we had to bail Lloyds out.

But maybe the executives at Stonewall haven’t noticed the cuts to services due to austerity. Because they continued to heap praise on Lloyds:

The Group has recently extended their private healthcare provision to include interventions and support for trans colleagues.

So it would seem that not only does Stonewall advocate austerity, but also now the privatisation of the NHS. If the public hadn’t had to bail out Lloyds, and the Tories hadn’t implemented austerity because of this, maybe the NHS would not have seen its funding increase by just 1.1%. Well below the actual increase in costs. And people like Richard Branson wouldn’t be sucking the life blood out of the healthcare system like a vampire who hadn’t eaten for months.

Stonewall. No friend of the LGBTQ+ community.

But never mind. Stonewall seems happy to court the likes of Lloyds, while ignoring every working class, poverty-stricken LGBTQ+ person it claims to represent. Sound familiar? It should. Because that wonderful “celebration” of everything LGBTQ+ – Pride – also allows Lloyds to wave its rainbow flag at its yearly London festival. While taking money from other banking parasites like Barclays and Citi.

There is nothing inclusive about celebrating companies whose crony, corporatist, greed-driven actions do untold damage to the poorest in the LGBTQ+ community. And society, more broadly. But for those at Stonewall, in their cosseted, privileged Ivory Towers, “inclusion” must have a very different dictionary definition.

The Canary contacted Stonewall for a statement, but at the time of publication no response had been received.