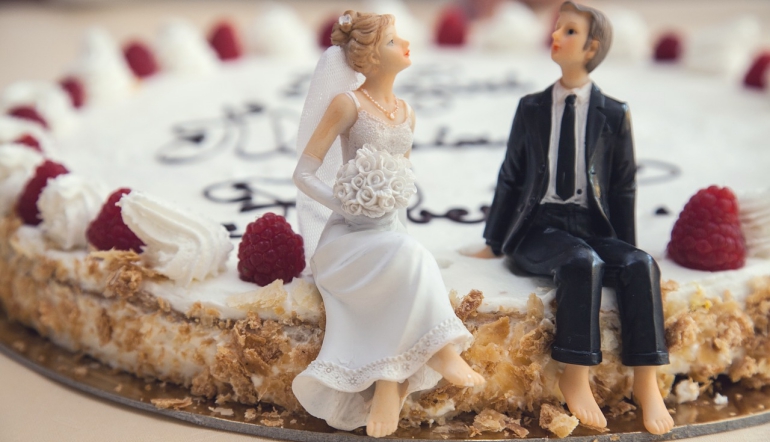 The Telegraph has outdone itself with an article on Brexit. Apparently, there’s a whole new benefit of leaving the EU that even the likes of Nigel Farage hadn’t foreseen. Unbeknown to all of us, “Brexit is an opportunity to reverse the tragic decline of marriage in Britain”.

Although, given Farage’s recent marital strifes, he may not be the best example.

Yes, seriously. Well, according to a retired high court judge writing for The Telegraph, anyway. Sir Paul Coleridge is also the chairperson of the Marriage Foundation. It believes that:

marriage can help build more stable relationships, and that marriages can be strengthened and helped to survive difficult times.

Which is fine if you believe in that sort of thing. And you don’t have the misfortune to be married to an emotionally or physically abusive partner. Or just that you’ve been with someone for years but have got to the stage where you don’t want to continue in a loveless relationship. Or any myriad of reasons.

And the link to Brexit is…

This is where the article gets extremely tenuous. The argument seems to be that the UK joining the EU and adopting its laws and directives led to a situation where:

Our traditional independence and self-confidence withered.

Apparently, “the figures are striking”:

In the early 1970s when we joined the EEC, the marriage rate among new parents was at least 90 per cent – across all social classes. Single parents (invariably women) numbered 650,000. Today, as we leave the EU, the numbers are starkly different. Single parents now number two million.

You might not think it possible, but the article gets even stranger. It goes on to blame a “generous welfare system” that does:

nothing to discourage family breakdown and it became economically possible for a woman to support children without financial support from herself or a husband.

And this argument is apparently backed up by the claim that only the wealthy now get married:

Among parents of children under the age of five, almost 90 per cent of the richest parents marry (no change) compared to only 24 per cent of the poorest (a huge decline).

Strangely enough, there’s no mention of the multi-million-pound wedding industry that puts pressure on people to spend ridiculous amounts on their perfect day. According to Brides Magazine, the average cost of a wedding is £24,000. And while the Confetti website released figures that show a quarter of people spend less than £5,000, the breakdown of figures is truly eye-watering.

So yes, it’s no wonder that weddings have become the preserve of the wealthy. If you can’t afford to pay the rent or put food on the table, lavishing money on one day’s worth of celebrations is not going to be high on the agenda. In fact, even a cheap wedding isn’t affordable for many people.

Meanwhile, figures from 2016 show that 29% of children are classed as being in poverty. This is an increase of 200,000 from the previous year. And this is the legacy of the current government, which has decimated welfare and services. That is something far more damaging to our children’s stability than whether their parents are married.

And yes, this is the type of ridiculous snobbery we should expect from The Telegraph. But that doesn’t mean that we shouldn’t critique it. Or point out the real reasons why there are societal problems – and the damage this government has caused.

On the plus side, at least Coleridge is retired as a judge, and there’s no danger of him spouting this nonsense in the courts.