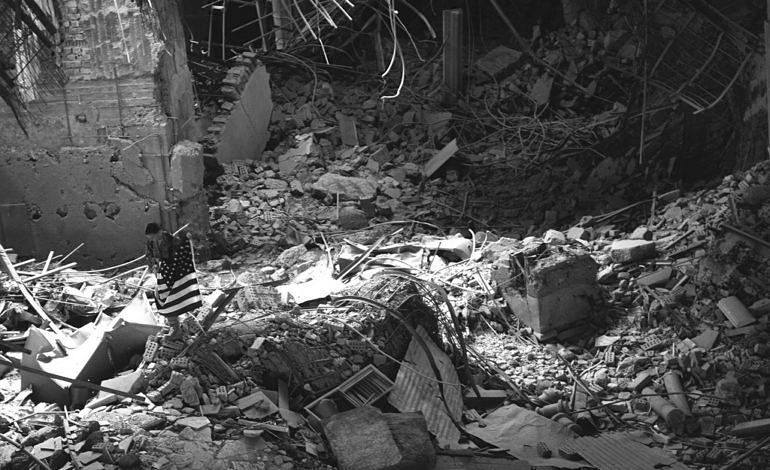 Power games in the Middle East are seldom about fighting terrorism or securing human rights. They’re about oil, and who controls its supply. But an endgame in the Syrian conflict may now be in sight. And that endgame is likely to leave the tyrants intact, and Daesh (Isis/Isil) bloodied but unbowed. Kurdish-led secular forces fighting against Daesh on the ground, meanwhile, are likely to lose out.

The gains of Kurdish-led forces in Syria now look under threat from a switch in foreign policy from the US. President Trump has hinted that the US may cease its recent strategic and superficial support for these forces, which have been on the front line fighting against Daesh since long before most people in the West knew of the group’s existence.

Trump is yet to come to a final decision on whether the US will continue to back the Kurdish-led SDF (Syrian Democratic Forces). But many military advisers continue to argue that this option remains the best. If the liberation of Daesh-held territory and a lasting peace are to be obtained, that is.

As a businessman, though, Trump is no fan of long, drawn out campaigns. Instead, he is likely to build a US foreign policy around securing a quick and cost effective solution. And we all know how successful those usually are.

Given that Trump famously respects Russian President Vladimir Putin, it would be no surprise if Putin’s Syrian ally – President Bashar al-Assad – also ended up as a US ally. In the war against Daesh, at least. And while this may provide a quick defeat, it would not necessarily be a lasting one.

British Foreign Secretary Boris Johnson, meanwhile, appears to change his views on Syria and Assad’s future on a weekly basis. One moment, he’s advocating a federal solution for Syria and a role for Assad. The next, he’s condemning Assad after Amnesty International’s damning report on the 13,000 prisoners executed over four years by the Syrian regime.

At the same time, Prime Minister Theresa May has cut a multi-million pound fighter jet deal with increasingly authoritarian Turkish President Recep Tayyip Erdoğan, who is still busy purging his opposition. This followed a series of multi-billion pound arms deals with another anti-democratic regime – that of Saudi Arabia – between 2015 and 2016.

In short, it appears that the British government wants to have it both ways. It wants to look like a defender of human rights. But it also wants to keep propping up human rights abusers. That is the same hypocrisy that has fuelled conflict in the Middle East for decades.

Trump’s policy may prove to be very different from that of the Obama Administration. After the Western media finally turned their focus onto successful Kurdish-led resistance to Daesh in northern Syria in late 2014, the US decided to drip-feed limited support to this resistance. Special forces eventually advised the YPG (People’s Protection Units), the YPJ (Women’s Protection Units), and the YPG/YPJ-led SDF. And those forces soon helped to liberate numerous villages and towns from Daesh. All across northern Syria.

But these Kurdish-led forces have long been defending an alternative political system in the region of Rojava (in northern Syria). A secular and gender-egalitarian experiment in direct democracy that has been underway since 2012. Independent from both Assad and his largely Islamist opponents. Not a mean feat, given the authoritarian regimes that surround Rojava.

In the grand scheme of things, control of oil supplies remains the ultimate objective in any Middle East deal. If Assad stays on, Russia (and potentially the West and its regional allies) will have access to the oil wells and pipelines that cross Syria.

At the same time, Turkey also wants to put an end to Kurdish aspirations for autonomy, while securing from Assad assurances for the safety of Turkmen communities in Syria. Agreement to these conditions allegedly formed the basis of secret talks between Turkey and Syria (and Iran and Russia), as reported by The Canary.

The right-wing media will hail Trump’s temporary ‘victory’ over Daesh. But it will be the tyrants of the region, and the business interests of Russia and the US, that will really benefit from an eventual ‘peace’.

If Rojava is lucky, it may retain some kind of basic autonomy in northern Syria. But such a deal would surely come with conditions. And even if Rojava does survive, a lack of democracy is still likely to pervade throughout the region.

In short, there’ll be no real peace. Just more pretence. And more of the same authoritarianism that has brought so much conflict to the region in the first place.