Dear Laura Kuenssberg, if you stop tweeting such nonsense, we can stop calling you out [OPINION] - Canary 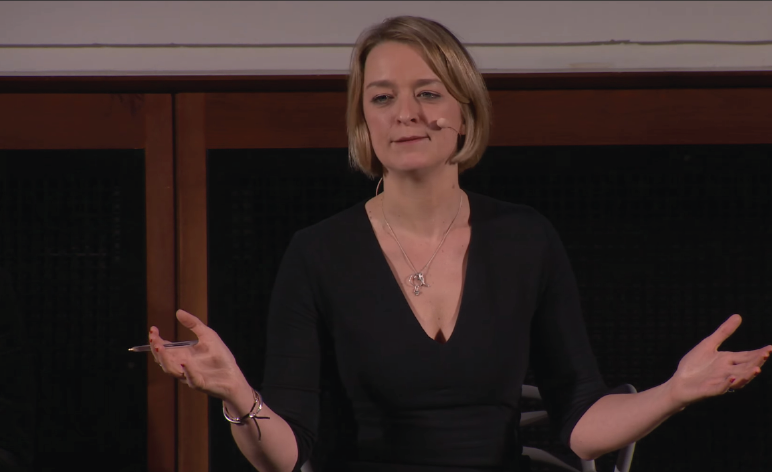 I really wish Laura Kuenssberg would stop tweeting such rubbish. Really, I do. Life is far easier when we don’t have to call out the BBC‘s Political Editor. But Kuenssberg is representing a so-called impartial [pdf] broadcaster; a broadcaster that collects £3.7bn from the UK public in licence fees. So when she tweets or reports nonsense, it’s important to highlight it because of the role she is supposed to fulfil.

The tweet in question was about Jeremy Corbyn at Prime Minister’s Questions. Corbyn used his time to interrogate Theresa May about cuts to public services; the government’s refusal to pay for sprinkler systems to be fitted in tower blocks; and 5,000 headteachers who have written to the government about how schools are suffering from cuts. Corbyn then talked about Universal Credit and a letter he had from a lettings agent; a letter that stated the company would evict tenants on Universal Credit because they couldn’t rely on the payments.

Corbyn then asked May about food banks. Kuenssberg reacted by tweeting:

Yes, it was just one tweet. But it is indicative of the way Kuenssberg has treated the Labour leader and his policies on numerous occasions. This includes having a complaint upheld against her for misrepresenting Corbyn’s views on “shoot to kill” regarding an interview he did after the Paris terror attacks.

And it wasn’t just me that gasped when I read it. Many of the 700-plus replies on the thread had a similar response:

As he bloody should be. Too many people are happy to ignore the other important issues in this country such as those suffering due to tory cuts. The issues he keeps bringing up aren't trivial.

I hope you never, ever have to resort to a food bank Ms K, or wait longer than 6weeks to be paid etc….but if you were to be so unfortunate, Jeremy Corbyn would speak out for *you*, too.

Yes! Hilarious, isn't it? With the transfer to Universal Credit meaning 80% of claimants will receive no money for 6 weeks (& the other 20% for longer) just before Christmas, what a joke Corbyn dragging that old chestnut out again, eh? 🙄😳

And even people who claimed they tried to give Kuenssberg “the benefit of the doubt” struggled with this tweet:

I try to give Laura the benefit of the doubt, but this tweet has blown that right out of the water.

Kuenssberg is in a position of great power. And she has a responsibility under the BBC‘s charter to present the news in an impartial way. No one expects The Telegraph or The Daily Mail to be impartial. Indeed, it is not expected of The Canary. But none of us are public service broadcasters, funded by licence fee payers.

In other words, anyone in the BBC political editor role needs to be held to a higher level of responsibility than other journalists working for outlets that wear their bias on their sleeves. And in Kuenssberg’s case, this responsibility was found lacking when the complaint was upheld against her for inaccurately reporting an interview with Jeremy Corbyn.

There have been claims that this criticism of Kuenssberg is driven by sexism. In a society that remains painfully patriarchal, no doubt some of it is. But there is ample evidence that much criticism of the BBC Political Editor comes from those seeking to hold the state broadcaster to its own standards. And that’s not only legitimate, it’s critical.

We have a Political Editor at the BBC who thinks it’s acceptable to joke about over one million food bank parcels being given out in just the space of a year; and that it’s okay to say that it’s the opposition leader’s “greatest hits” to be raising issues that are causing hardship, worry and misery for millions of people across the country. This is behaviour that needs challenging.

And this is why I will continue writing about Kuenssberg despite the potential backlash we face every time we do so. I just wish it wasn’t necessary.