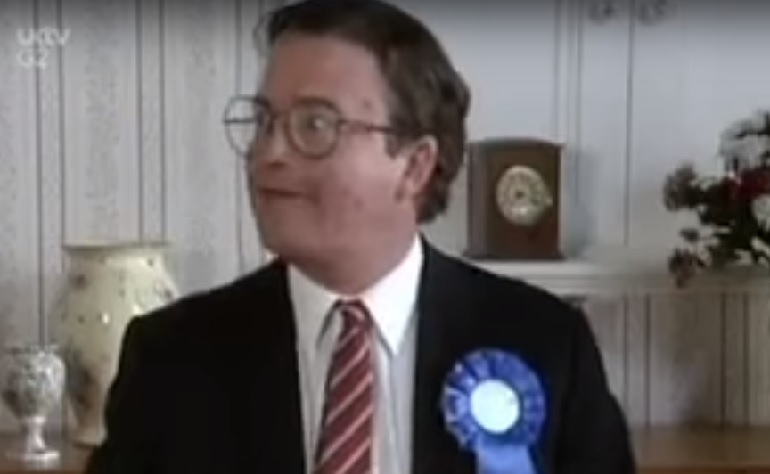 If you know any Tory voters, bad luck. You’re probably tired of trying to draw blood from a stone, and sick of them saying they were voting for ‘stability and security’ back in June; mainly because that’s precisely what most people have not got from the Tories in recent years. And you only need to look at some of the new figures from this week to know exactly how to respond the next time they say they’re ‘saving us from ourselves’.

Voting for stability and security? Really?

In the run-up to the 8 June election, Conservative politicians pushed their vacuous ‘strong and stable’ catchphrase into virtually every sentence. And many Tory voters dutifully repeated those words.

But statistics have been the biggest enemy of those claiming the Conservatives stand for ‘stability and security’. Here are a few that we’ve reported on just this week:

So that’s Tory Britain for you. Positively oozing with security and stability.

And that’s not even mentioning the Conservatives’ international hypocrisy – seen once more this week in Theresa May’s Lord Mayor’s speech. A kind of hypocrisy that just dooms us to keep repeating the same mistakes over and over again.

Stop patronising us. Seriously. It’s getting old, and embarrassing.

In all fairness, the wealthiest Tory voters probably were looking out for their own stability and security. After all, the Conservatives have long looked after Britain’s elites. So that kind of made sense. But as the statistics show, it’s both depressingly laughable and easy to disprove when they claim to have everyone‘s stability and security at heart.

Because older voters are more likely to be right-wing and younger voters left-wing, there were numerous millionaire-owned media outlets telling their readers that the 2017 election was ‘a fight to stop foolish younger voters from messing up their own futures’. And even after all the damning figures, blunders, and general incompetence of the Conservative Party, there are still Tory voters who take this patronising stance.

But younger voters have grown up and lived in a country that has suffered as a result of right-wing ideals and policies. We’re not impressed. And logically, we want change.

Tory voters: put yourselves in our shoes

Many older Tory voters grew up and lived in a post-WW2 Britain that was more equal, where jobs were more stable, where education was seen as a common good that ought to be free, where workers’ rights were stronger, where the government saw housing as a fundamental human right, and where Britain was wasting gradually less time and effort invading other countries. They lived in a country that benefited from left-wing ideals and policies. And many benefited themselves.

Today, that’s changed. Younger generations have fewer opportunities for stable, permanent, full-time jobs with pension packages; smaller chances of getting a house of their own; higher and higher levels of student debt; weaker workers’ rights; and a government that thinks invading other countries and arming repressive dictatorships is a good idea.

In the 2017 election, we weren’t foolish kids lured in by a false messiah. We were inspired by the possibility of a more hopeful future. A chance to build a country with job stability and investment in new industries; with housing for everyone; with greater equality and more cooperation; where education is seen as a common good for society – not a tool for indebting younger generations; and which would stop prioritising business over peace, human rights, and the environment.

The Conservatives’ lost seats were a consequence of their patronising electoral campaign. They thought Britain was stupid; that we’d eat the ridiculous ‘strong and stable’ spiel they fed us; that after years of failed austerity, falling living standards, increasing job instability, an ethical race to the bottom, and disappearing hope, we’d say ‘ooh, yes please, we’ll have more of that’.

The millionaire-owned media still has a stranglehold over many voters, but more and more people are now challenging its lies. No matter how hard it spins, we know full well that voting for more peace, democracy, and social justice isn’t the path to some dark Stalinist dystopia.

But then, it’s not the past that Tory voters are really afraid of. It’s the future – a future where we dare to try something different. And while that terrifies them, there’s little that could be more inspiring and exciting for us.

– Unite. Mobilise. And act. That’s how we’ll build a brighter future. So join a union, join a campaign group, and start conversations. Spread knowledge and hope. Not just with people who share your views, but with family members, friends, colleagues, and even Tory voters. Because any person capable of trembling with rage whenever injustice occurs can be a powerful agent of change. Together, we can make a difference.

– Support and share articles from outlets like The Canary which are involved in the ongoing media revolution. Help us to break the millionaire-owned media’s stranglehold.